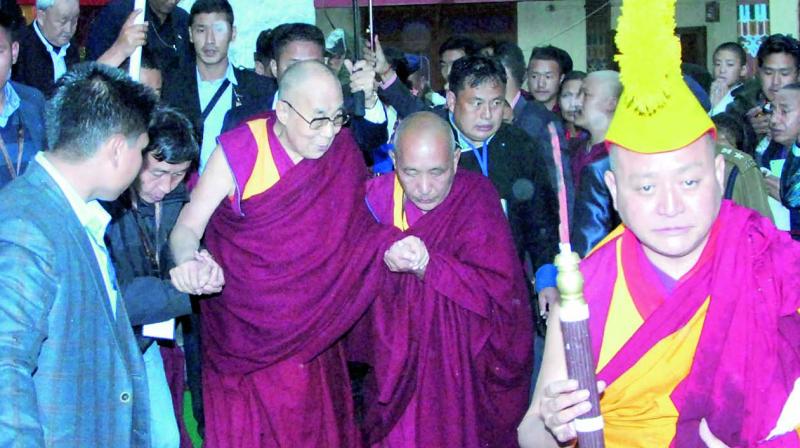 New Delhi: In a stern message to China on Dalai Lama’s visit to Arunachal Pradesh, India has asked Beijing not interfere in its internal affairs, saying while it respects the “One China’’ policy, it expects the same from China.

Minister of state for home Kiren Rijiju said, “there is no political angle behind His Holiness’s visit to Arunachal Pradesh. It is completely religious. Arunachal Pradesh is an inseparable part of India and China should not object to his visit and interfere in India’s internal affairs.’’

Mr Rijiju, who is from Arunachal Pradesh, said the border state was “not a disputed territory’’ as it was a “full fledged state’’ and was an integral part and is part of the Union of India. He further added that India has never interfered in China’s internal affairs and it expect China to reciprocate.

“There may be some differences of opinion between India and China over the boundary. But China has no locus standi over Arunachal Pradesh,’’ the minister said. He also hoped that with talks on boundary dispute between New Delhi and Beijing going on, people of Arunachal Pradesh are expecting that the issue would be soon resolved.

“I appeal to China not to rake up the Arunachal Pradesh issue unnecessarily as status of the state can’t be questioned,’’ he added. Mr Rijiju said the Dalai Lama is visiting Arunachal Pradesh on invitation from people of the state and will confine himself to only religious discourse and he will not make any political statement.

“As a democratic country, India can’t interfere in religious affairs of any community,” Mr Rijiju said. He claimed that the Arunachal Pradesh government has given state guest honour to the Dalai Lama and is making arrangements for his stay there and that the Tibetan spiritual leader will also visit his village in West Kameng district where he would inaugurate a Buddhist monastery. Dalai Lama had last visited Arunachal Pradesh in November 2009. Mr Rijiju reiterated that people of Arunachal Pradesh want good neighbourly relations with China and want reopening of trading points along the McMahon Line which have been closed since 1962. “The trading points were beneficial. The people of Arunachal Pradesh are looking toward co-operative attitude from China,’’ he said. China has been closely monitoring Dalai Lama’s visit, which started from Tuesday, and had warned India against the visit of the Tibetan spiritual leader to Arunachal Pradesh, saying it will cause “serious damage’’ to bilateral ties.

But New Delhi has maintained that ``no additional colour should be ascribed to his religious and spiritual activities and visits to various states of India.’’ Centre has always stated that the Dalai Lama is a revered religious leader who is deeply respected by the Indian people.

While stating that no ``artificial controversy’’ should be created around his present visit to Arunachal Pradesh, the External Affairs Ministry also referred to the Dalai Lama’s website which mentions that he has visited Arunachal Pradesh on six earlier occasions.