He said if India and Pak can't resolve their issues, then America should facilitate as third party to resolve issues between two nations. 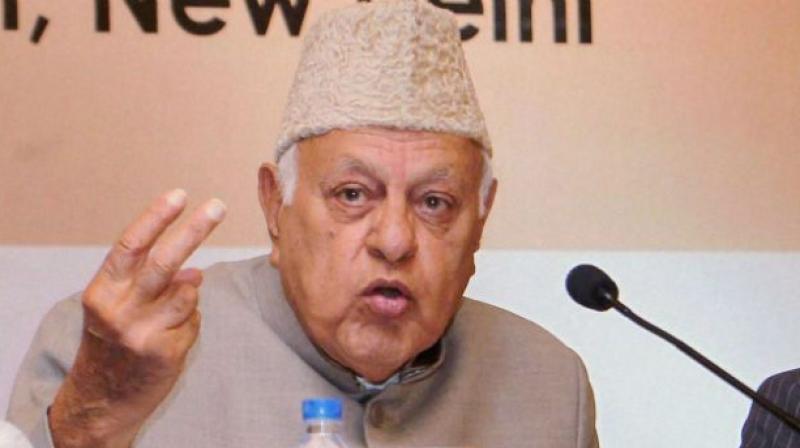 Srinagar: National Conference (NC) president and former Jammu and Kashmir chief minister Farooq Abdullah on Wednesday said that those who pelt stones are just fighting for the nation and have nothing to do with tourism.

"Our fight is against those people who want to divide us on the basis of religion. I want to tell Modi saheb that tourism is our life no doubt about that, but a stone pelter has nothing to do with tourism. They (stone pelters) will risk starvation, but will throw stones for the nation that's what we need to understand," Farooq Abdullah told the party workers in Srinagar.

He further said if India and Pakistan cannot resolve their issues, then America should come forward and facilitate as third party to resolve issues between the two countries.

The NC president said it is not a fight between parties like PDP and NC, it is a fight to defeat communal forces and to protect secularism.