Four other persons, named in the FIR, were also questioned but were let off, police said. 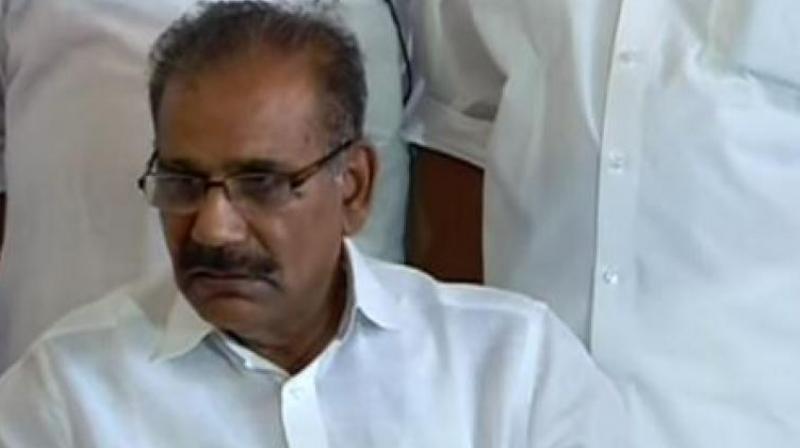 Saseendran resigned after an audio tape of alleged sexual harassment was aired on a regional channel. (Photo: YouTube screengrab)

Thiruvananthapuram: The Chief Executive Officer and four media persons of a private television channel were arrested on Tuesday night in connection with the telecast of a purported sleaze audio clip which led to the resignation of Kerala minister A K Saseendran.

CEO of Mangalam TV channel R Ajit Kumar and media persons S V Pradeep, M B Santhosh, Feroz Muhammed and Jayachandran were arrested by the special investigation team after questioning them for hours.

They would be produced before a court on Wednesday, police said.

Four other persons, named in the FIR, were also questioned but were let off, police said.

On Tuesday, Kerala High Court had rejected the anticipatory bail plea of the nine accused.

Last week, police had registered an FIR, under section 120B (common intention) of the IPC and 67A of the Information technology Act, against nine persons, including 'Mangalam' channel's CEO and Managing Director R Ajit Kumar on a complaint by the youth wing of Nationalist Congress Party for airing "obscene conversation".

The channel on its opening day on March 26 aired an audio clip of the purported talk of Transport Minister A K Saseendran, NCP representative in the LDF cabinet, with a woman, following which he had resigned the same day.

The TV channel had tendered an apology for airing the contents and admitted that it was a "sting operation" involving one of their women journalists and not a housewife, as it had claimed earlier.