He said he had directed the Finance Secretary to study how UP was going about with the debt waiver. 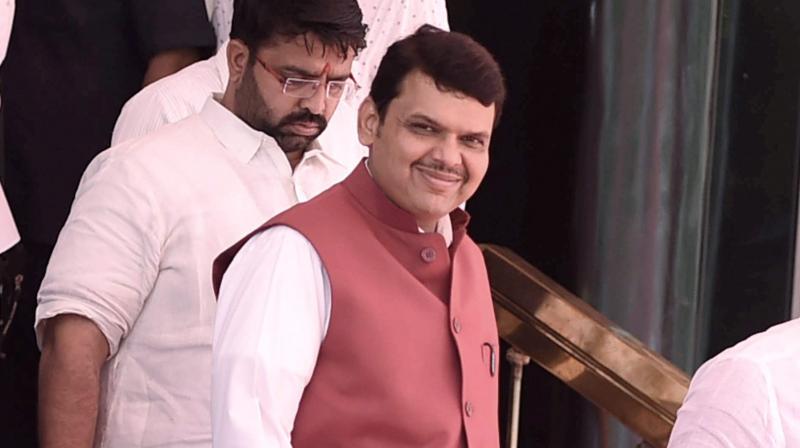 Mumbai: Chief Minister Devendra Fadnavis on Wednesday said the Maharashtra government will study the Uttar Pradesh model of farm loan waiver, amid growing demand from across the political spectrum to help the state's distressed farmers.

Fadnavis's statement, made in the state assembly, came in the backdrop of persistent pressure from the opposition Congress-NCP as well the ruling BJP and the Shiv Sena, for writing off the loans of farmers.

Seizing on the Uttar Pradesh scheme of waiving farm loans of Rs 36,359 crore announced by Chief Minister Yogi Adityanath yesterday, Shiv Sena and BJP members demanded that the government in Maharashtra too come out with a loan waiver.

"We will study how Uttar Pradesh will raise such a huge amount," Fadnavis said.

He said he had directed the Finance Secretary to study how UP was going about with the debt waiver.

Referring to the high court directive to the Tamil Nadu government on farm loans issue in the wake of peasants' stir, Fadnavis said, "Decision of waiving farm loan is the prerogative of the government."

Fadnavis, however, targeted the Opposition for staying away from the House, saying they were roaming outside in name of 'Sangharsh Yatra'.

"But the Sena and BJP members' sentiments regarding farm loan waiver are genuine and the state government is positive to it," he said.

Fadnavis said, "We have asked the Centre for financial assistance. If we don't get help from the Centre, we are working on how a loan waiver (of Rs 30,000 crore) can be granted."

Earlier, as soon as the House assembled after a three-day break, Shiv Sena and BJP members were on their feet on the issue of farm loan waiver.

Shamburaje Desai (Shiv Sena) said recently two farmers had committed suicide at Wadgaon in Satara district since they were debt-ridden.

"If Uttar Pradesh can make a provision of Rs 36,000 crore to waive loans up to Rs 1 lakh, why can't Maharashtra do the same? Our financial condition is better than Uttar Pradesh.

The UP Chief Minister did not wait for the central government help," he said.

Desai said Rs 30,500 crore loan in Maharashtra should be waived before the Budget session ends on April 7.

"If farmers strike and stop sowing, should we eat 'dhatura' (poisonous thorn apple)?" he asked.

Ashish Deshmukh and Sanjay Kute (both BJP) said the state government should go for a loan waiver to ensure there is no burden on the financial condition of the state and continue the investment in agriculture sector.