However, the amount is likely to rise as the officials are yet to take into consideration online donations. 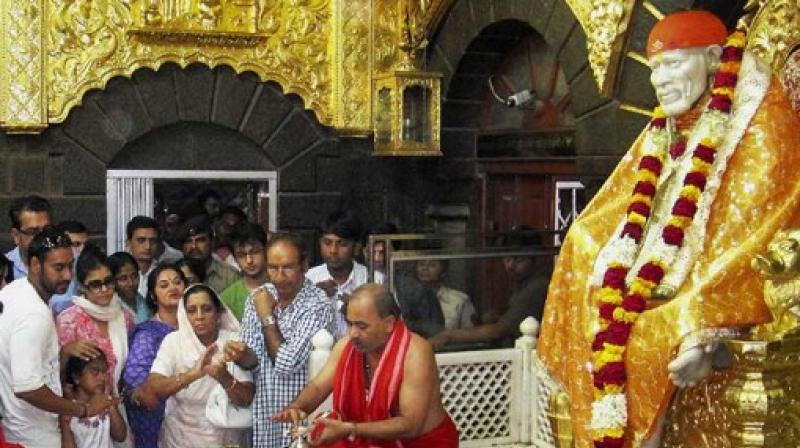 Shirdi: Golden and silver articles worth around Rs 4 crore were donated by devotees to the famous Sai Baba shrine in Shirdi during the three-day "Ram Navami" festival.

However, the amount is likely to rise as the officials are yet to take into consideration online donations, amount received by cheques or demand drafts, which will be counted after April 7.

Among the devotees who made their offerings public, Hyderabad-based Parthsarathi Reddy yesterday donated a decorative railing made of 12 kg gold and 16 kg silver, which will be placed around samadhi of Saibaba in the sanctum sanctorum.

Besides, an Agra-based couple donated a devghar (a small structure where deities are kept for worship) made of 67 kg silver.

"It will be used to keep images or photos of Saibaba in famous Dwarkamai (a dilapidated mosque before Saibaba turned it into a place for solving peoples problems, which also used to be his residence)," said one of the trustees of the Shirdi Saibaba Sansthan, Sachin Tambe.

He said one devotee has donated two donation boxes made of 30-kg silver.

Ram Navmi is among the three main festivals celebrated in Shirdi; the other two being Vijayadashmi and Guru Purnima.

The three-day Ram Navmi festival was celebrated from April 3 to April 5 this year.

"This year, devotees have donated 12 kgs gold and 100 kgs silver worth around Rs four crore, compared to last years donation of Rs 2.83 crore including gold, silver and cash," Tambe said.