The series, Expedition Unknown, investigates legends and mysteries across the world. 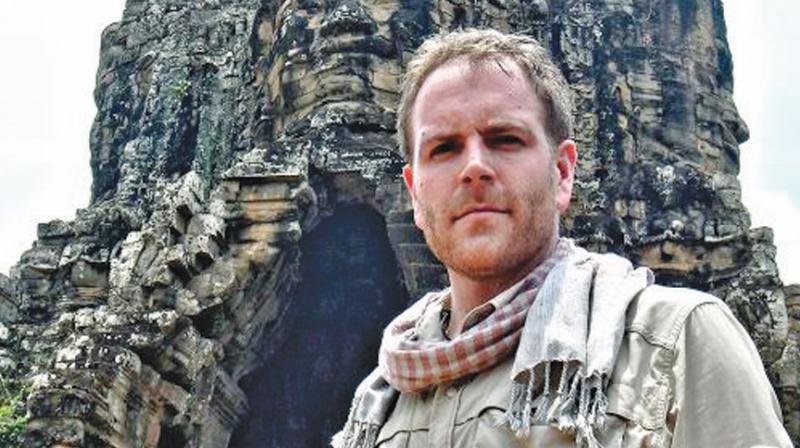 Archaeologist Josh Gates visits remote jungles of Cambodia to investigate the ancient Khmer Empire. He looks for a Linga stone that was used by the god-king to incinerate his enemies.

New Delhi: The government has denied permission to a US-based reality television series on concerns that the programme may “hurt religious sentiments”.

The series, Expedition Unknown, investigates legends and mysteries across the world.

The producers were planning to uncover the secrets of a legendary mythical underwater lost city off the coast of India, Dwarka.

According to Hindu mythology, Dwarka was a city where Lord Krishna, the eighth avatar of Vishnu, once lived. Dwarka is also mentioned in the Mahabharata, Bhagavad Gita, Skand Purana and Vishnu Purana.

According to Hindu mythology, the city was built by Vishwakarma, worshipped by the artisans. The city was submerged into the sea following Gandhari’s (mother of Kauravas) curse to Lord Kirshna after an war in which all her 100 sons were killed.

Expedition Unknown wanted to uncover the mysteries, legends, history and stories behind this myth. The programme is presented by archaeologist Josh Gates. It went live in January 2015 on US-based Travel Channel. For instance, in his search for a lost city, Mr Josh went to the remote jungles of Cambodia to investigate the Khmer Empire and find a 1,000-year-old relic.

People familiar with the matter said that the producers, Ping Pong Productions, and Snake Oil Productions, sought permission to shoot the show and submitted an initial detailed script for shooting off the coast of India. The government, however, “denied permission”, as it apprehended the shooting could hurt religious sentiment.

Several expeditions conducted by the Archeaological Survey of India, both underwater and onshore, have failed to establish any historical link to this myth.

Even the mystery continued to shroud the lost city, in the western shores of Gujarat exists Dwarka, a holy city, which people regard as one of the “chaardhams”, or four sacred Hindu pilgrimage sites.

The government regularly gives permission to international production houses every year to shoot in India. The number stood at 40 last year.