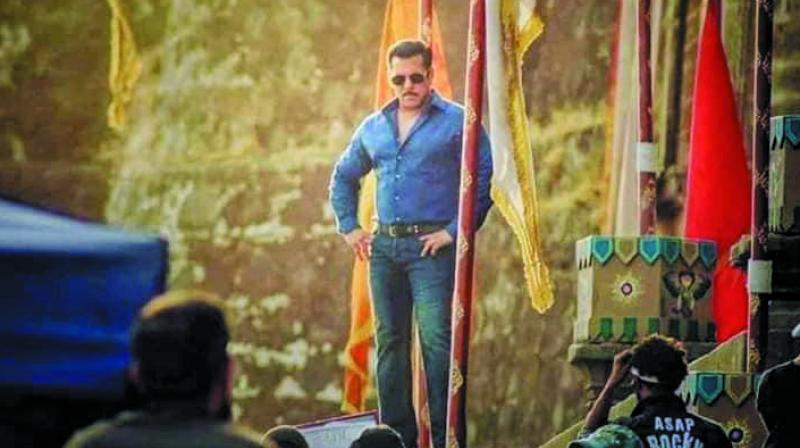 Salman Khan shoots for the film in MP

Bhopal: Actor Salman Khan’s upcoming movie Dabangg 3, currently being shot in some locations in Madhya Pradesh, has landed in controversy.

The film’s set at Maheshwar Ghat in Indore district on Thursday drew ire of the saffron leaders who demanded an FIR against the Bollywood superstar for “hurting sentiments of Hindus”.

“Wooden scaffolding was built over an ancient Shiva linga at Maheshwar Ghat to shoot a song in the film featuring Mr Khan. Crew members of the movie were seen climbing over the scaffolding to film the picturisation of the song which hurt the sentiments of Hindus,” BJP MLA Rameswar Sharma told reporters here.

He demanded that chief minister Kamal Nath order the local police to register an FIR against the actor. Mr Sharma also sought action against local administration officers concerned for lapses in the matter.

Shooting for the film in different locations in MP commenced on Sunday.

Earlier, the actor clarified that he had absolutely no intention to hurt sentiments of any section of society. “I am a devotee of Lord Shiva,” he said.

He said the film was scheduled to be shot in Uttar Pradesh, but it was decided to shoot the movie in MP following a request by Mr Nath, who had asked him to shoot the film in MP for the promotion of the state’s tourism.

Mr Khan was born in Indore in MP.