Justice should have been delivered soon, because delayed justice will not enforce fear in the minds of the convicts, she said. 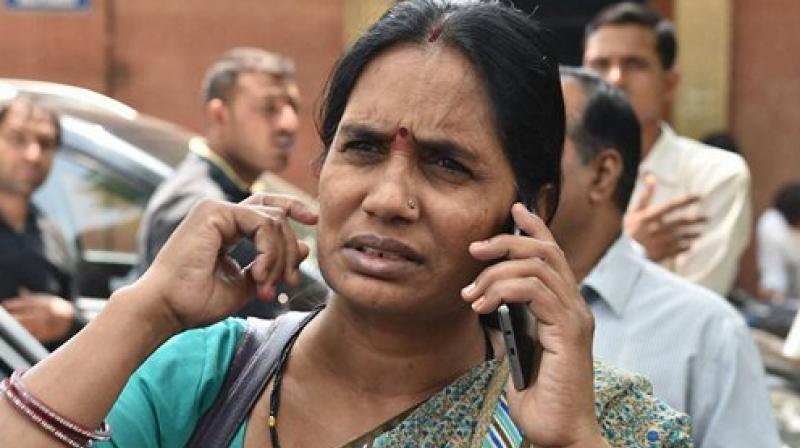 New Delhi: Expressing her lament over the Supreme Court taking a substantive amount of time in upholding the death sentence of the four convicts involved in the gang rape and murder of her daughter almost five years ago, Asha Devi on Friday demanded creation of fast track courts and a law to hang juveniles in such crimes.

"We tried our best, we held protests and demonstrations against the order. We even filed a petition in the Supreme Court that was later struck down. We will forever be unhappy with this because he (the juvenile), who indulged in such a heinous act, must not be considered a juvenile," Asha Devi said.

She said there must be separate fast track courts to dispense such cases in a timely manner.

"Justice should have been delivered soon, because delayed justice will not enforce fear in the minds of the convicts. There should be a fast track court so that rape victims get timely justice. It will help us solidify our faith in the judiciary," Devi said.

The apex court earlier today upheld the conviction and death penalty of four convicts' Mukesh, Akshay, Pawan and Vinay awarded to them by Delhi High Court.
The matter was heard by the bench headed by Justice Dipak Misra after the convicts challenged the high court's order.

Twenty-three-year-old Jyoti Singh, a paramedic, was brutally assaulted and raped by six persons on a moving bus in south Delhi and thrown out of the vehicle with her male friend on the night of December 16, 2012.

She died in a Singapore hospital on December 29, 2012. The Delhi Police had sought capital punishment for the convicts as the test of being a 'rarest of rare' case was satisfied.

During the trial, one the accused, Ram Singh had allegedly committed suicide and one juvenile was sentenced to a remand home.