The Centre is keen on using the film to promote Indian cinema abroad and exhibit local technical and movie expertise. 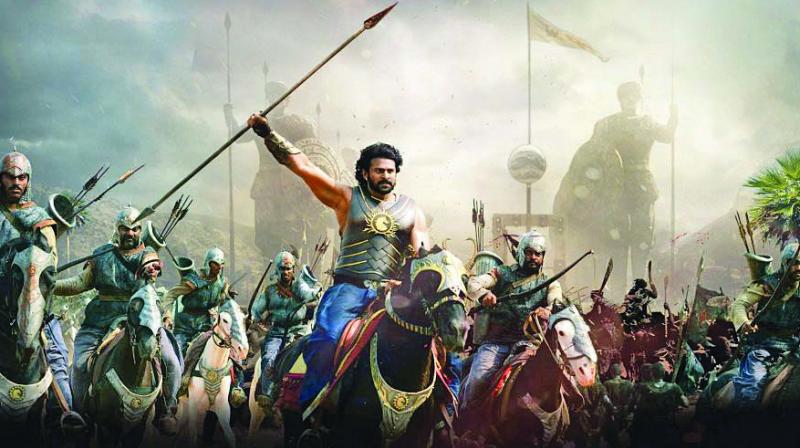 New Delhi: The information and broadcasting ministry may showcase the Bahubali series as a Make in India success story.

Sources said the is keen on using the film to promote Indian cinema abroad and exhibit home-grown technical and movie expertise.

They said the Bahubali series, which set a landmark in revenue earned in India, are likely to be showcased in the international film market as an example of the Make in India programme.

“Bahubali films have been able to establish India as a destination for high-tech technology like visual effects and computer-generated imagery,” a person with knowledge of the matter said.

With the cost of such technology lower in India, this can easily be used to our advantage, the person said.

“Baahubali is a trendsetter in all respects and bears testimony to the scale and grandeur of Indian films. It is a shining example of Make In India, essentially a home-grown feature produced by home-grown talent and technology,” I&B minister M Venkaiah Naidu had said at the 64th National Film Awards on Wednesday.

As part of the ease of doing business initiative, the I&B ministry set up the film facilitation office to ease single-window clearance for foreign filmmakers.

The government has been working overtime to help foreign film crews and create an enabling environment for them.

It had also introduced “film visa”, which this newspaper first reported on March 1. The “film visa” has been created as a separate category under the “liberalisation, simplification and rationalisation of visa regime in India”.