India   All India  05 May 2018  PM Modi spotted Chinese officials dozing off in meeting with prez
India, All India

In his first meeting with Xi at Hubei Provincial Museum, Modi said it was his second visit to Hubei province, surprising Chinese officials. 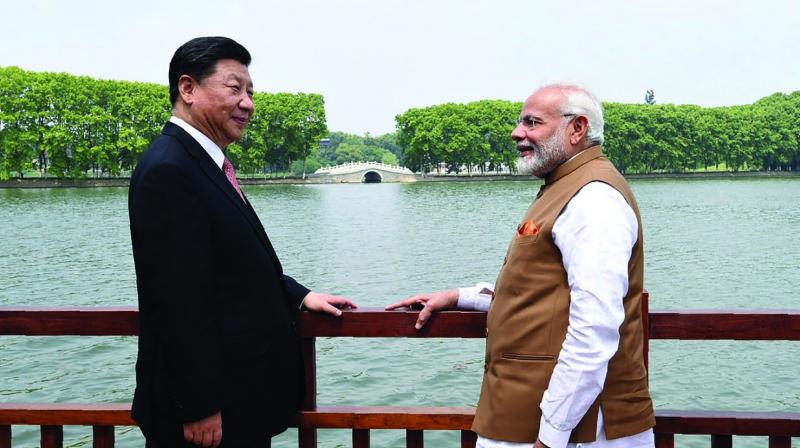 New Delhi: For once the Chinese officials were caught napping by none other than Prime Minister Narendra Modi during his informal summit with President Xi Jinping in Wuhan, China's Ambassador to India Luo Zhaohui revealed.

During his first one-on-one meeting with President Xi at the Hubei Provincial Museum, Prime Minister Narendra Modi told his host that this was his second visit to Hubei province, surprising the Chinese officials, who otherwise keep a track of all bilateral and official visits minutely.

"We didn't know that Prime Minister Modi had visited Wuhan earlier," Luo told the participants of a seminar on the two-day informal summit between the leaders of India and China held in Wuhan city from April 27.

"The speed with which you constructed this dam and its scale inspired me. So I came on a study tour and spent a day at the dam," PM Modi had told Xi.

Luo said China took special care to provide an enabling and comfortable environment for Prime Minister Narendra Modi in Wuhan, with the ambassador himself carrying with him table clothes from Gujarat and Assam tea for the visiting dignitary.

While sharing some of the efforts made by the Chinese leadership to make Prime Minister Narendra Modi feel at home in the central Chinese city, over 1,000 km from Beijing, Luo said President Xi Jinping has met the Indian premier 13 times in the last five years of his first term.

Luo said Chinese officials came to know that Prime Minister Narendra Modi liked table clothes from Gujarat. "So we decided to use them during the informal summit."

During the summit, the two leaders agreed to build on the rich cultures of the two great oriental civilisations and harness the rich human resources of their combined population of 2.6 billion.

For this, the two sides have agreed to establish a high-level cultural and people-to-people exchange mechanism, the envoy said.