India   All India  05 May 2020  Ujjain is new Covid hotspot in Madhya Pradesh
India, All India

The city has recorded the highest death rate of 26.29% among cities in MP 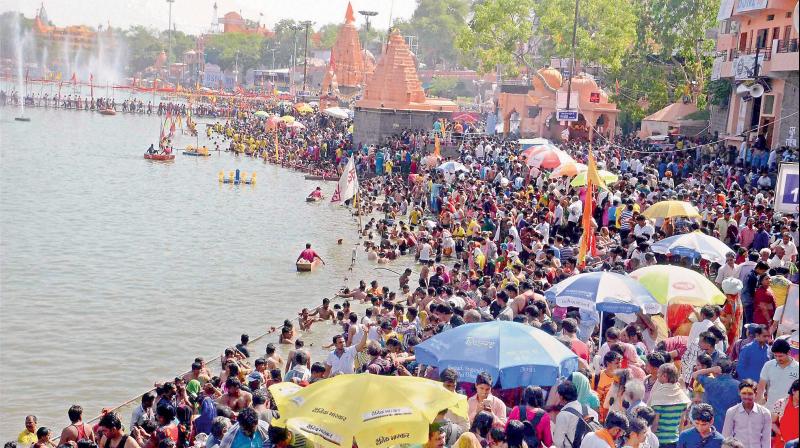 Ujjain has earned the dubious distinction of recording highest death rate of 26.29 percent among cities in M. (DC Photo)

Bhopal: With Ujjain emerging new Covid-19 hotspot in Madhya Pradesh, the Centre on Monday ordered All India Institute of Medical Sciences (AIIMS), Bhopal to send a team of doctors to the temple city to combat the pandemic.

Union health minister Harsh Vardhan’s directive came after his counterpart in MP, Narottam Mishra, sought the Centre’s help to tackle the situation in Ujjain during a video-conference with him on Monday.

Ujjain has earned the dubious distinction of recording highest death rate of 26.29 percent among cities in MP.

The city has reported 166 coronavirus positive cases so far and 35 deaths.

Indore, the epicentre of the pandemic in MP, has recorded death rate of 4.84 percent, while death rate in Bhopal is 2.81 percent.

Indore has recorded 1,611 confirmed cases and 77 deaths, whereas Bhopal has reported 563 coronavirus positive cases and 15 deaths.

MP has reported 105 new coronavirus positive cases in the last 24 hours taking the tally of confirmed cases to 2,942. The ttalo count in the state has mounted to 165 on Monday.

Chief minister Shivraj Singh Chouhan on Sunday took note of the grim situation in Ujjain and asked the state health department to send a team of doctors to contain the pandemic.

“It has been found during review of Ujjain district, the death rate of corona patients is the highest over there,” an official communiqué said.

Public health expert Amulya Nidhi has however described the move to send an AIIMS team to Ujjain as “too little and too late”.

“The situation in Ujjain has all along been very grave. There was no adequate survey, screening, collection of samples and tests in Ujjain, leading to worsening of situation there.

“The government needs to increase the number of tests and do a comprehensive survey and screening of people in Ujjain,” he added