This comes a day after, Khan tendered resignation as MLA to Assembly Speaker Hriday Narayan Dikshit. 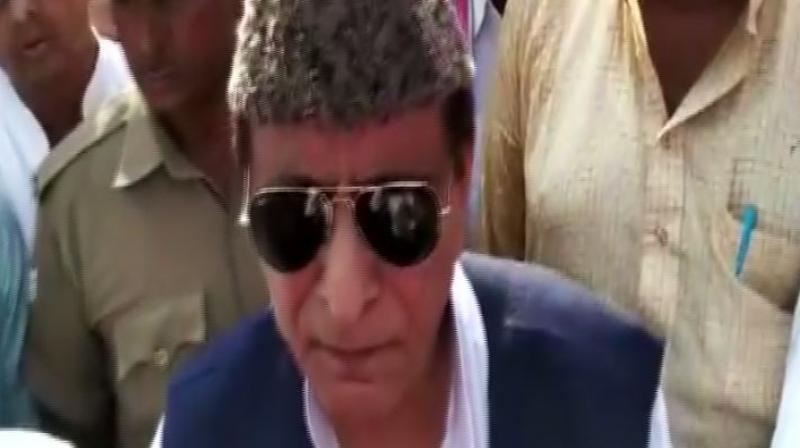 He had defeated BJP's Jaya Prada from the Rampur parliamentary constituency. (Photo: ANI)

Rampur: Without specifying the community's name, Samajwadi Party MP Azam Khan on Wednesday claimed that Muslims in Rampur were deprived of their voting rights and were thrashed by police during the recently-concluded Lok Sabha elections.

"Government and administration tried to disturb the atmosphere of Rampur. Elections were conducted in a tensed situation here. Several people were deprived of their voting rights. Police had beaten people of one community by entering their houses, even females were thrashed," Azam Khan said here after offering prayers at a mosque on the occasion of Eid-ul-Fitr.

"Five days back, all shops of one community were vandalised near Urdu Gate. Their wives and children kept begging them to stop for at least four days so that they can celebrate Eid but those cruel people did not listen and rendered them unemployed. We are getting to see such days.. This is the freedom of Hindustan," he said.

This comes a day after, Khan tendered resignation as MLA to Assembly Speaker Hriday Narayan Dikshit.

However, Khan had on Monday said that he is thinking of quitting his Lok Sabha seat and contesting in the next Uttar Pradesh Assembly elections.

He had defeated BJP's Jaya Prada from the Rampur parliamentary constituency.