A division bench of the court comprising Chief Justice Pankaj Mithal and Justice D. S. Thakur on Saturday closed a PIL regarding this 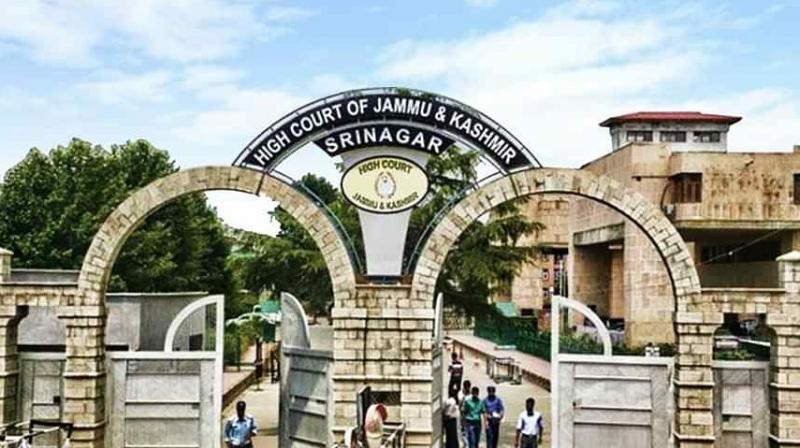 The court asked the petitioner to approach the concerned authority with a detailed representation giving suggestions therein for stopping the mushrooming of news portals on social media. (Twitter)

Srinagar: The High Court of Jammu and Kashmir and Ladakh has asked the Union Territory administration to take appropriate action expeditiously on the mushrooming of unauthorised new portals.

A division bench of the court comprising Chief Justice Pankaj Mithal and Justice D. S. Thakur on Saturday closed a Public Interest Litigation (PIL) which drew its attention towards the mushrooming of news portals on social media without following the procedure governing the field and directed the J&K’s Principal Secretary (Information Department) to take appropriate action expeditiously on the issue.

The court asked the petitioner to approach the concerned authority with a detailed representation giving suggestions therein for stopping the mushrooming of news portals on social media. “In the event, the petitioner so submits the representation and the suggestions, the Government and the Principal Secretary, Information Department would be free to consider the same and take an appropriate action most expeditiously as may be permissible in law,” the court said in its order.

The PIL had alleged that unauthorised news agencies on social media and the news portals circulate fake news and while naming half a dozen of these said that they are “operating freely without any registration or license from any authority” nor are they under supervision and control of any authority whatsoever.

“There are multiple news agencies and WhatsApp, Facebook and YouTube news channels and other electronic news agencies operating in both the regions-Jammu and Kashmir valley-which are actively engaged in the transmission of various types of news bulletins and reports. In the absence of any permission having been granted by the competent authority for running a news portal it is sufficient to infer that there is no proper, legal and regulatory mechanism in place at present with the result a state of confusion prevails on the subject as to the genuineness of any news transmitted by such channels and portals.” The PIL said.

It added, “The Facebook and WhatsApp journalists have now moved a step ahead by blackmailing the government as well as private officials, civil contractors, etc. on a daily basis”. The petitioner had further submitted that it is obligatory upon the respondent-authorities to scrutinize the credentials and antecedents of every person holding any direct or indirect position in any media house, media channel and/or social media group and identify the government employees so that they are made to choose either their employment in the government or in the media house.”