The Tiware dam developed a breach on July 3 due to heavy rains whch caused a flood-like situation in seven downstream villages. 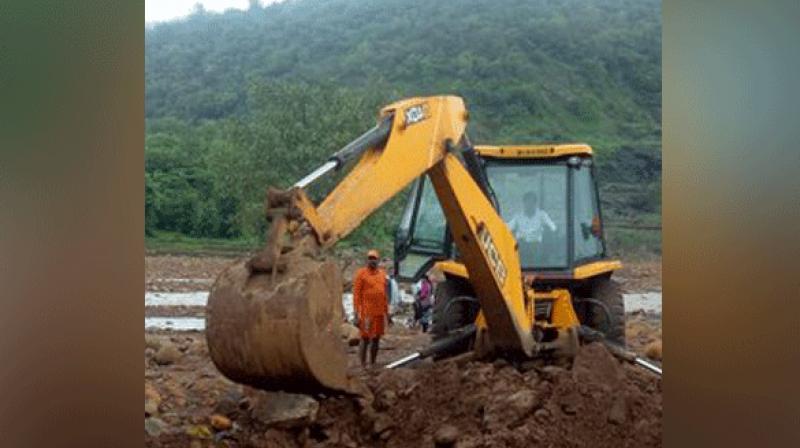 'One more body was recovered this morning. A total of 19 bodies have been recovered so far. We are doing a continuous search operation,' NDRF Inspector Mahesh Kumar said. (Photo: ANI)

Ratnagiri: Death toll reached 19 in Ratnagiri's Tiware Dam breach incident as one more body was recovered during the search operation, which resumed on Friday morning.

"One more body was recovered this morning. A total of 19 bodies have been recovered so far. We are doing a continuous search operation," NDRF Inspector Mahesh Kumar told ANI.

The search operation was restarted by the police and the National Disaster Force (NDRF) this morning as several more people are feared dead in the incident, an official said.

"Today NDRF team has been divided into three parts. The first team has started the search operation near Kherdi. The second team is combing the area from Kalkavane village and will meet the first team. The third team is searching from Kalkavane to Tiware dam site. Local guides have been taken along with teams," an official said.

Local trekkers have been given Porcelain machines for the operation near the dam site. Also, a small NDRF contingent and ambulances are with them.

The Tiware dam developed a breach on the night of July 3 due to heavy rains.

The breach caused a flood-like situation in seven downstream villages.
According to police, villagers have been moved to safer places and the situation is under control now.

Earlier, NDRF official Sachidanand Gawade told ANI that the body of a woman was found at least 35 km away from the dam Vashishti River.

"There must have been several reasons that contributed to the incident. Experts can comment on the cause of the incident and an investigation should be conducted," he had added.

Maharashtra Chief Minister Devendra Fadnavis had announced Rs 4 lakh compensation for the kin of each of the deceased person. He also ordered an inquiry into the incident. "The reason for the breach will be probed and action would be taken against the guilty expeditiously," he had said.

Fadnavis contacted the district administration and took stock of the relief and rescue operations, an official statement said.