The income-tax department will restrict itself to examining the extent of tax evasion and the volume of black money. 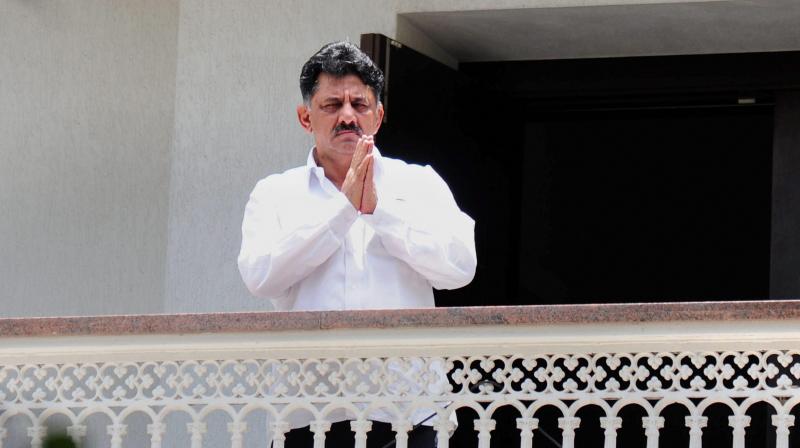 Bengaluru: Two days after the directorate of income tax (investigation) conducted search and seizure operations at 60 locations in Delhi and Karnataka to investigate alleged tax evasion by Karnataka energy minister D.K. Shivakumar, top sources said that the Enforcement Directorate (ED) is likely to step in to examine if there was a case of money laundering that attracted violation of the Foreign Exchange Management Act (Fema).

“The Central agencies are closely watching the I-T search and seizure operations at the premises of Mr Shivakumar and his family members and if there is any indication that money has been laundered and stashed offshore, he can be in bigger trouble,” said an official source on condition of anonymity.

Though there was no official comment by the DGIT, informed sources said that the search operations have opened a can of worms with several names of powerful and influential people coming out during the course of investigation. “The income-tax department will restrict itself to examining the extent of tax evasion and the volume of black money, but when the ED steps in, they will track the trail of money, Mr Shivakumar’s investments and his business interests in India and abroad, if any,” the officer said.

Meanwhile, according to sources in the ministry of finance, the DGIT was “well within its limits for requisition and deployment of the Central Reserve Police Force for the search operations.”