India   All India  05 Aug 2019  Andhra: Over 1 lakh people affected in East and West Godavari districts due to floods
India, All India

Andhra: Over 1 lakh people affected in East and West Godavari districts due to floods

However, flood water levels in both the districts are gradually receding, said report from State Disaster Management Authority on Monday. 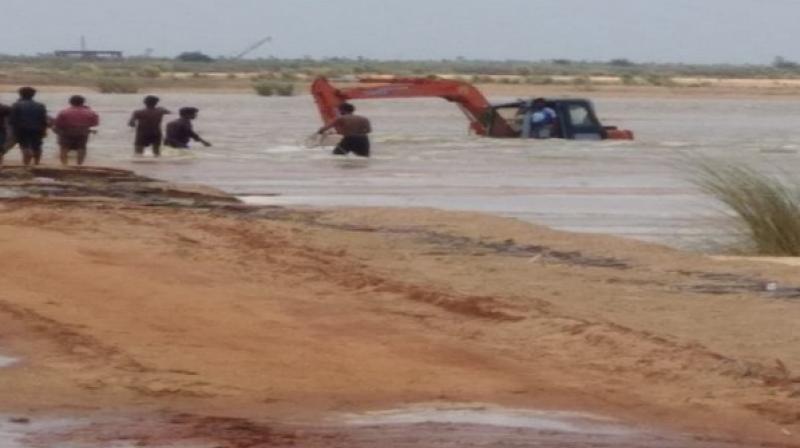 Amaravati: Over one lakh people have been affected due to floods in the East and West Godavari districts of Andhra Pradesh on Monday.

However, the flood water levels in both the districts are gradually receding, said a report from the State Disaster Management Authority on Monday.

The report also informed that the water level at the Bhadrachalam district of Telangana is steady but may increase gradually and reach 1st warning level by the evening of August 5.

On August 5, around 400 villages have been inundated with water in both the districts following a heavy downpour in the region.

Andhra Pradesh State Disaster Management Authority (APSDMA) has directed the officials in the flood-affected regions to take respective measures, in both the Godavari districts.