Former Union minister Birender Singh will organise a rally at Jind on August 16 to which Union home minister Amit Shah has been invited. 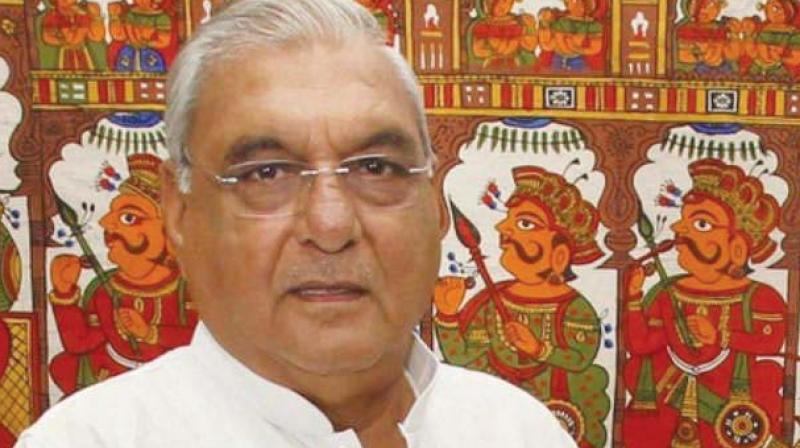 Chandigarh: It’s election time in Haryana as both the ruling BJP and the Opposition Congress have announced political rallies in August. The Assembly elections are due in October and the code of conduct is expected to be in place in September.

With the Assembly elections just three months away, former chief minister Bhupinder Singh Hooda announced a Parivartan Maha Rally in his stronghold Rohtak on August 18. The BJP meanwhile has proposed a Jan Samarthan Rath Yatra from August 15. Former Union minister and BJP leader Birender Singh will organise a rally at Jind on August 16, to which Union home minister Amit Shah has been invited.

The Bhupinder Singh Hooda camp, which has been seeking state Congress chief Ashok Tanwar’s ouster for a long time, may take a call regarding their politics of future if the issue of state leadership is not resolved by August 18. Prior to the rally, a preparatory workers’ meeting has been called at the grain market in Rohtak on August 4. The Congress on the other hand is fighting internal bickering as the Hooda camp is trying to pressurise the party high command to remove state Congress president.

The decision to mobilise workers was taken at a meeting of Congress MLAs from Haryana at Mr Hooda’s Delhi residence.

“Legislators are getting restive. They want to give voice to the anti-BJP sentiment in Haryana. There is feeling that the Congress did not fight the BJP properly in the past five years. Hence, there is an urgent need to strike against the BJP in a coordinated manner,” Mr Hooda said.

On the other hand, chief minister Manohar Lal Khattar will start the campaign with a rath yatra from August 15 in order to cover all 90 Assembly constituencies. A rally is likely to be held when the rath yatra will conclude on September 9. “We are hopeful that Prime Minister Narendra Modi or Union home minister Amit Shah will address the rally. As many as 3 lakh listed party workers will also attend. The BJP is aiming to win more than 75 Assembly seats for the 90-member Vidhan Sabha,” said BJP state spokesperson Raman Malik.

Terming the upcoming Assembly polls in Haryana a “war”, chief minister Manohar Lal Khattar on Saturday urged BJP workers not to be overconfident and work hard to ensure victory for the party.

Mr Khattar told BJP workers that the party had set a target of winning more than 75 of the 90 seats in the state and everyone has to work hard for each seat.

“The government has worked hard and the wind is in our favour. However, sometimes there is a danger of becoming overconfident. We have to keep it in check,” Mr Khattar said.