The briefing came against the backdrop of abrogation of Article 370, which granted special status to Jammu and Kashmir. 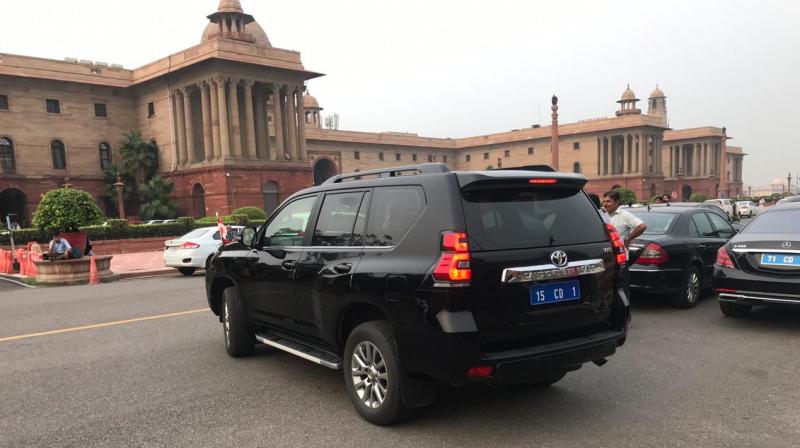 Soon after Shah moved the resolution, a gazette notification in this regard was issued by the President. (Photo: ANI)

New Delhi: Senior External Affairs Ministry officials on Monday briefed the envoys of several countries, including P5 nations (China, France, Russia, United Kingdom and the United States), on abrogation of Article 370 of the Indian Constitution and administrative reorganisation of Jammu and Kashmir which were cleared in the Rajya Sabha.

Sources said during the meeting among other things it was highlighted that the proposals which are currently under consideration of the Parliament of India are internal to India.

These are aimed at providing good governance, promoting social justice and ensuring economic development in Jammu and Kashmir.

The briefing came against the backdrop of abrogation of Article 370, which granted special status to Jammu and Kashmir.

A resolution in this regard was moved in the Rajya Sabha by Union Home Minister Amit Shah, amidst uproar by the opposition in the Upper House.

"All clauses of Article 370 of the Constitution, which gives special status to Jammu and Kashmir, will not be applicable in the state," Shah said while moving the resolution.

Soon after Shah moved the resolution, a gazette notification in this regard was issued by the President.

However, rattled by developments in Jammu and Kashmir, Pakistan has vowed to exercise "all possible options" to counter the steps.

A statement issued by Pakistan's Foreign Office said it is committed to the "Kashmir cause and its political, diplomatic and moral support to the people".