The decision was opposed by Congress, TMC, DMK, PDP and Vaiko’s MDMK. 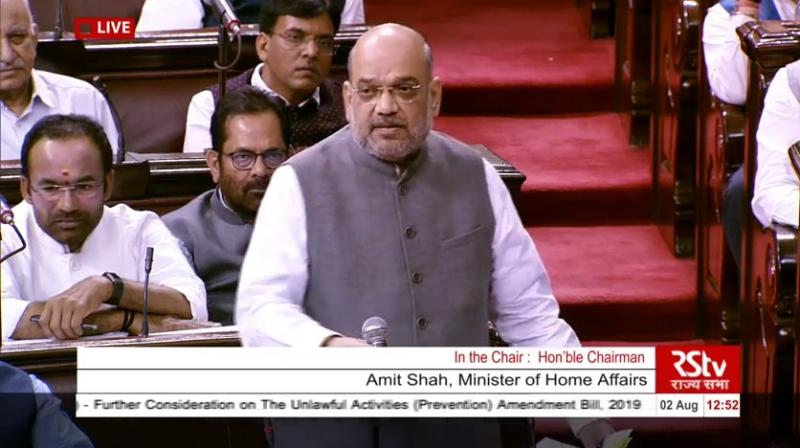 Srinagar: The central government, on Monday, abolished Article 370 giving special status to Jammu and Kashmir and moved a bill to divide the state into two union territories of Ladakh and Jammu and Kashmir.

The government’s move was supported by Bahujan Samaj Party and Aam Aadmi Party. Besides these parties, the bill was backed by Biju Janata Dal, YSR Congress and Bodoland People’s Front.

NDA constituents Shiv Sena, AIADMK and Shiromani Akali Dal supported the government move which was vehemently opposed by the Opposition.

“Our chief Nitish Kumar is carrying forward the tradition of JP Narayan, Ram Manohar Lohia and George Fernandes. So our party is not supporting the Bill moved in the Rajya Sabha today. We have different thinking. We want that Article 370 should not be revoked,” senior JD(U) leader K C Tyagi said.

The decision was opposed by Congress, TMC, DMK, PDP and Vaiko’s MDMK. The slogans such as ‘We want justice’ and ‘Don’t divide Kashmir’ were shouted in the Well of Rajya Sabha. Samajwadi Party members did not join the Opposition parties.

Posters were torn and slogans were shouted by PDP lawmakers Nazir Laway and Mir Mohammad Fayaz. Laway even tore the ‘kurta’ he was wearing, The Indian Express reported.

MDMK’s Vaiko said the government was killing democracy. “You have played with the sentiments of people of Kashmir. When additional army personnel were deployed there, I was worried. Kashmir should not become Kosovo, East Timor and South Sudan,” Vaiko said in the Rajya Sabha on Monday.