The alleged scam took place during the previous Chouhan government in which Mr Mishra was a minister. 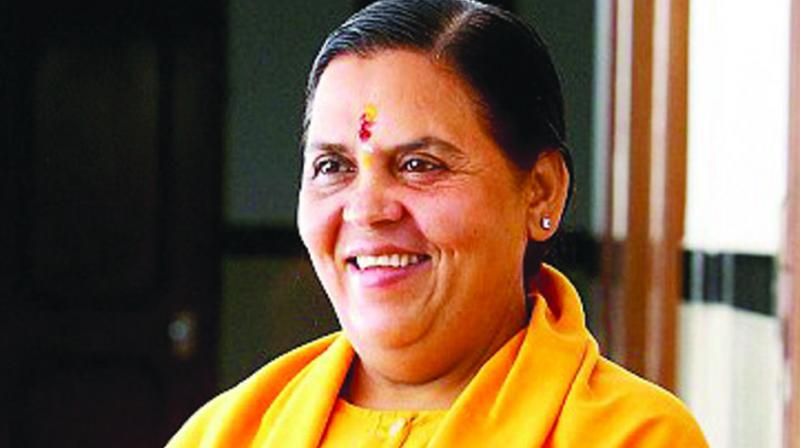 Ms Bharti, herself considered as Mr Chouhan’s arch rival, has decided to throw her weight behind Leader of Opposition in MP Assembly Gopal Bhargav and former minister Narottam Mishra in their current fight against Kamal Nath government.

Mr Bhargav and Mr Mishra had recently vouched to pull down the state Congress government the moment they got a signal from the Central leadership of BJP, inviting wrath of CM Kamal Nath.

The state government has announced to dig out alleged corruptions in state rural development and panchayat raj department, held by Mr Bhargav in the previous Shivraj Singh Chouhan government, to target him.

This coincided with arrest of two former staff members of Mr Mishra by the Economic Offence Wing of MP police in connection with the alleged e-tendering scam involving tempering of biddings thr-ough software to award contracts to a ‘favoured few’.

The alleged scam took place during the previous Chouhan government in which Mr Mishra was a minister. Incidentally, Mr Bhargav and Mr Mishra were known to be bitter critic of Mr Chouhan.

“Mr Mishra has been one of my strong supporters in BJP. The state government has an evil design to tarnish his image by arresting his two former staff members,” Ms Bharti said n Sunday in a series of Twitter posts.