The human rights group said that there have also been several allegations of new arrests, torture and ill- treatment by security forces 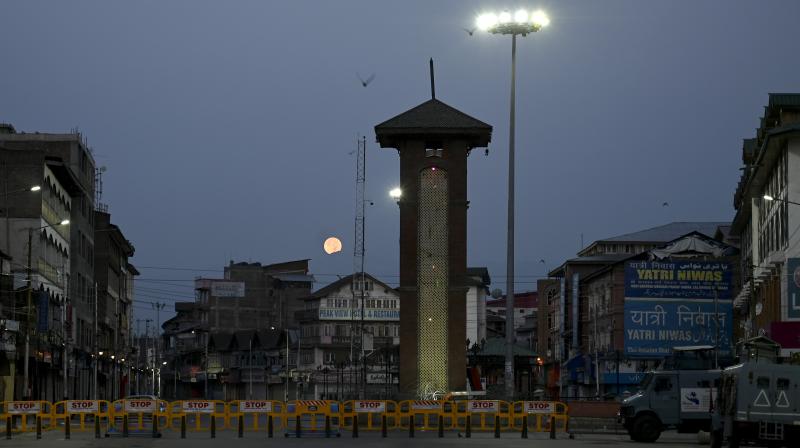 SRINAGAR: New York-based Human Rights Watch on Tuesday said that the authorities in Jammu and Kashmir continue to impose “harsh and discriminatory restrictions” on Muslim-majority areas of the erstwhile state, one year after the revocation of the state’s special constitutional status.

In a report, the international human rights watchdog said the government’s “unwarranted restraints on the rights to free speech, access to information, health care, and education have been intensified by the COVID-19 pandemic”.

It said that anticipating unrest after the abrogation of Article 370 and bifurcation of the State the authorities imposed broad restrictions on freedom of movement, banned public meetings, shut down telecommunication services and educational institutions, and detained thousands of people.

“While in the months that followed the government eased some restrictions, hundreds of people remain detained without charge, critics are threatened with arrest, and access to the internet is limited,” the report said.

Meenakshi Ganguly, South Asian director at Human Rights Watch said, “Indian government claims that it was determined to improve Kashmiri lives ring hollow one year after the revocation of Jammu and Kashmir’s constitutional status. But the authorities instead have maintained stifling restraints on Kashmiris in violation of their basic rights.”

The human rights group said that there have also been several allegations of new arrests, torture and ill- treatment by security forces and that the government has also used harsh counterterrorism and sedition laws to clamp down on peaceful critics including civil society activists and journalists.

The HRW said that government crackdown adversely affected livelihoods, particularly in the tourism-dependent Kashmir Valley. It further said that the pandemic has made access to the internet crucial for information, communication, education, and business but the authorities have only barely complied with Supreme Court orders in January to treat access to the internet as a fundamental right, permitting only slow-speed 2G mobile internet services.

Ganguly said, “Even as the pandemic is forcing the world to address discrimination and inequality, the Indian government is persisting with its repression of Kashmiri Muslims. The government should reverse its abusive policies and provide remedies for those whose rights were violated.”