Conveying the Indian perspective to the world has been crucial for New Delhi in the face of Pakistani propaganda. 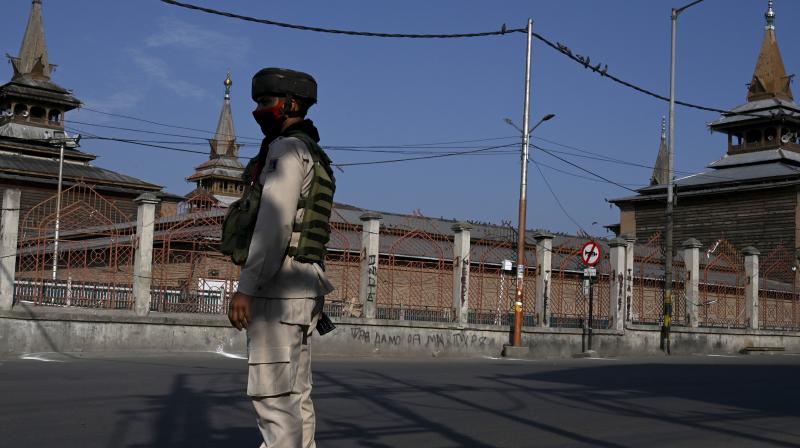 Streets wear a deserted look on the first anniversary of the abrogation of Article 370. Habib Naqash

New Delhi: On the first anniversary of the revocation of Article 370, External Affairs Minister S Jaishankar on Wednesday said that there has been a “transformation underway in Jammu & Kashmir and in Ladakh”  marked by the “application of progressive laws, delivery of social justice, advancement of women’s rights and empowerment, and support for vulnerable sections”.

He added that there has been an “expansion of education and employment opportunities” and “development projects taking shape on the ground”.

The Government had also spilt the erstwhile State of J-K into the two union territories of J-K and Ladakh last year.

Conveying the Indian perspective to the world has been crucial for New Delhi in the face of Pakistani propaganda. Before the Coronavirus pandemic broke out a few months ago, India had also taken certain foreign envoys based in New Delhi to the Union Territory of J-K to apprise them of the ground situation.

Just last week, India had hailed August 5 -- the day last year when Article 370 was revoked -- as a “historic” occasion for the nation when all economic and social obstacles for the development of J-K and Ladakh were removed.

It may be recalled that with reference to the revoking of Article 370, India had stated last year, “The recent legislative measures taken by India within the framework of its Constitution will ensure that these progressive measures will  ... (bring) an end to gender discrimination, including on property rights and local bodies representation”, adding, “There will be better protection of juvenile rights and laws against domestic violence. The rights to education, information and work will now be applicable. Longstanding discrimination against refugees and under privileged sections will end.”

India had further said that the decision to revoke Article 370 and Article 35 were taken by its Parliament after a full debate that was televised and enjoyed widespread support. India had also made it clear that the decision, was entirely internal to India.

New Delhi had added, “The Government is taking affirmative actions to promote socio-economic equality and justice for the underprivileged sections of society in the spirit of its motto of "Sabka Saath, Sabka Vikas, Sabka Vishwas” – which means We will carry everyone with us and leave no one behind.”