Sushant was murdered, Maharashtra government is trying to save someone, said Rane 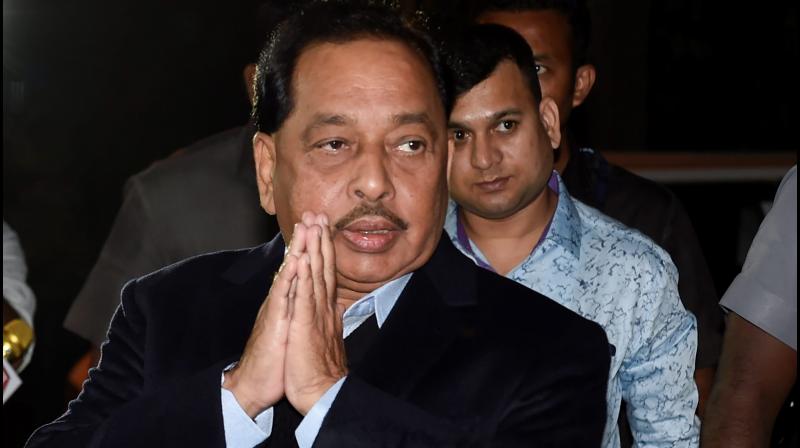 Senior Bharatiya Janata Party (BJP) leader Narayan Rane has made sensational allegations that Sushant Singh Rajput did not die of suicide but was murdered. (PTI Photo)

Mumbai: Senior Bharatiya Janata Party (BJP) leader Narayan Rane has made sensational allegations that Sushant Singh Rajput did not die of suicide but was murdered. He also alleged that the Bollywood actor’s former secretary Disha Salian was raped and murdered a few days before his death. Her autopsy report shows she had injuries on her ‘private parts’, he added.

“Sushant was murdered. The Maharashtra government is trying to save someone. More than 50 days have passed after his death, but no FIR has been registered in this case. Mumbai police haven’t been able to search for the real culprit,” said Rane on Tuesday.

Sushant, 34, was found hanging at his apartment in Bandra on June 14. Mumbai police registered an Accidental Death Report (ADR) and an investigation is underway. Before his demise, Disha passed away on June 8. It is being reported that she died after jumping off from the 12th floor of a building in Malad.

Rane supported Bihar government’s demand for a Central Bureau of Investigation (CBI) probe into the case of ‘abetment of suicide’ against Sushant’s girlfriend Rhea Chakraborty and her family members.

“Rhea Chakraborty was staying at Sushant’s residence. She is one of the suspects and had gone missing and the police have no idea about it,” he said.

The Maharashtra government has opposed handing over the probe to the central agency claiming that the Mumbai police is fully capable of investigating the case. Questions have also been asked if the Bihar government has the legal authority to recommend a CBI probe in an incident that took place in Maharashtra.

Meanwhile, environment minister Aaditya Thackeray, who is accused of his involvement in the Sushant Singh Rajput suicide case, has broken his silence over the issue saying it is a case of petty politics.

“A mudslinging is being done needlessly on me and the Thackeray family. I have nothing to do with the entire matter. It is not a crime that I have close ties with many people in Bollywood. But, those, who don’t believe in law, are making false allegations and are trying to deviate the investigation,” said Aaditya, who is also the son of Chief Minister Uddhav Thackeray.