2+2 talks: India, US to work around Russian missiles, Iran oil

Secretary of State Mike Pompeo and Secretary of Defence Jim Mattis will be meeting Nirmala Sitharaman and Sushma Swaraj on Thursday. 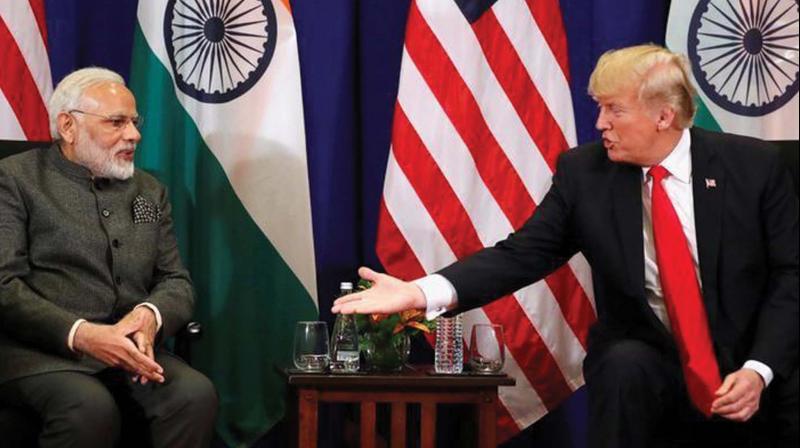 ‘2+2 talks’ was meant to be held earlier in 2018 in Washington but was postponed by twice by the Trump administration. (Photo: File)

Under both Republican and Democratic administrations, the United States and India have drawn closer together and share a long and similar list of concerns from China’s rise to maritime security and curbing terrorism.

But recently, US-India ties have faced frictions as India is dependent on Russia as a defence supplier and economic ties with Iran.

The United States never missed a chance to make the ties between the two nations stronger. Earlier in 2018, Pentagon changed the name of the Pacific Command to the Indo-Pacific Command. In July, US gave India the same status as members of NATO and other allies.

While on the other hand, India appreciated the Trump administration’s decision to freeze USD 300 million in funds to Islamabad and tough approach towards Pakistan.

Arvind Gupta, who served as India's deputy national security adviser until last year said, "All of these changes are very much in a positive direction. The United States has started looking at India's security concerns quite sympathetically."

However, tension still continues in other areas. India is one of the many targets in Trump’s trade war. India retaliated after the US imposed new tariffs on Indian steel and aluminium.

One of the major concerns India is having that how will Trump and his administration deal with India’s planned purchase of Russian missile defence and antiaircraft system called as S-400. However, the purchase would violate the sanctions imposed but US lawmakers later allowed some nations to receive Presidential waiver and India was among them.

Ashley Tellis, a former senior Bush administration official and longtime India expert said that Trump hasn’t given any indication that he will or not exercise the waiver and would remain as a complication in US-India relationship.

India’s imports of oil from Iran is another complicating factor as the United States will be reimposing sanctions on Iranian oil in November and will be pushing buyers like India to reduce their purchases.

Both the countries want to demonstrate that they can work through their disagreements. The American delegation is also expected to meet Indian Prime Minister Narendra Modi.

‘2+2 talks’ was meant to be held earlier in 2018 in Washington but was postponed by twice by the Trump administration.  Both the nations are expected to announce agreements which they have been negotiating for years.