Gauri, you died so we could live free

A year after Ms Lankesh’s death, her admirers and haters have come forward to mark her first death anniversary on Wednesday. 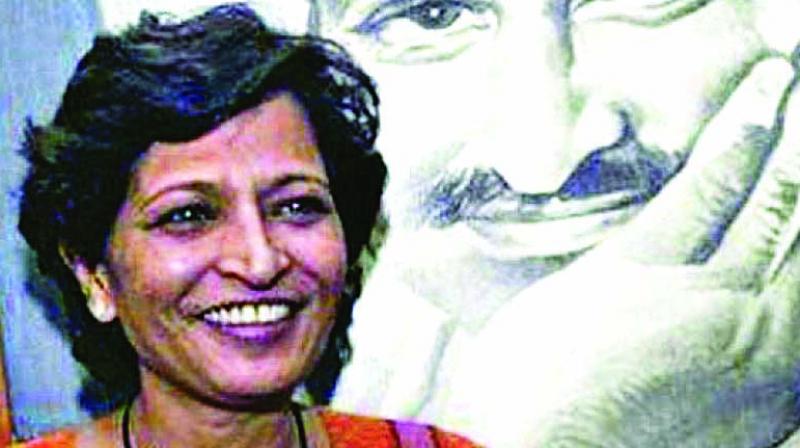 On this day, exactly a year ago, a voice that vehemently criticised Hindutva ideology and condemned its proposal to form a Hindu Rashtra, was silenced by three bullets that pierced her body on the evening of September 5, 2017, outside her home in RR Nagar.

There was much speculation and many suspects. The Special Investigation Team (SIT) that looked into the murder of one of the state’s seniormost journalists/activists, Gauri Lankesh, established a Hindutva link.  As many as 12 accused, all associated with one or the other Hindutva outfit, including the man who pulled the trigger on Ms Lankesh, Parashuram Waghmore, were arrested, making it evident that it was a Hindutva ploy executed by a few right wing fundamentalists spearheading a movement to save ‘Hinduism.’ Although some of the accused have been found to be associated with a radical Hindutva group, Sanatan Sanstha,  the organisation has denied any link to them.

It has also been established that Ms Lankesh was not their only target, but also rationalist/author from Maharashtra, Narendra Dabholkar, Communist leader, Govind Pansare, and Karnataka scholar, M M Kalburgi, who were killed at different times in recent years. And it does not end there. The fanatics were on a spree to eliminate all rationalists and writers, who spoke or wrote against Hindutva and next on their list of targets was Mysuru writer, Prof. KS Bhagwan.

A year after Ms Lankesh’s death, her admirers and haters have come forward to mark her first death anniversary on Wednesday. While the former have planned to concentrate on her idea of what a secular country should be, the latter will protest the arrest of  those suspected of involvement in her murder, claiming they are innocent and wrongly accused.

Blanket ban on Sanatan Sanstha
With the role of Hindutva being proved in the murder of the senior journalist, the demand to ban the Sanatan Sanstha is gaining momentum among rationalists, writers, filmmakers and journalists associated with the Gauri Lankesh Balaga.  A protest march will be held as part of ‘Gauri Assasin Day’ on Wednesday to Raj Bhavan demanding the government consider the Sanatan Sanstha a terror outfit and ban it. The rally will be inaugurated by Swami Agnivesh, who was attacked twice recently. Eight prominent Kannada writers, including Girish Karnad, whose names were on a hit list discovered by the SIT during its probe, are expected to participate.

The day will conclude with a convention, ‘Right to Speak’ at the Jnana Jyothi Convention Hall at the Central College, which will be addressed by Umar Khalid, Kanhaiya Kumar, MLA Jignesh Mevani, Teesta Setalvad among others.

Meanwhile, Deputy Chief Minister and Home Minister, Dr. G Parameshwara has agreed to consider banning the outfit if its role in the outspoken journalist’s murder is proved and  Goa Congress chief Girish Chodankar too has supported such action against it. “We have demanded this earlier and we are demanding it again. An organisation, which kills and plots to kill people in order to eliminate their ideology, has no right to continue. Many people attached to these organisations have been arrested and we believe that the Goa government should decide on this soon," Mr. Chodankar said.

2 March 2018: The SIT takes Hindutva leader KT Naveen Kumar’s custody, and later arrested him, making him the first accused in the murder

20 May 2018: Sujith Kumar, the man who recruited Gauri’s killer arrested by the SIT

21 May 2018: Amol Kale, the mastermind of the murder, was arrested along with his associates Amit Degwekar and Manohar Dundappa Yavade

11 June 2018: Parashuram Waghmore, the suspected shooter of Gauri was arrested

18 July 2018: SIT arrested Mohan Naik who rented his house to the accused and kept murder weapons

22 July 2018: Ganesh Miskin, the man who drove Waghmore on the evening of September 5, 2015, and Amit Baddi were arrested from Hubballi

23 July 2018: Rajesh D Bangera, the personal assistant of a Congress MLC from Madikeri, was arrested from Madikeri

26 July 2018: Suresh L was arrested from Kunigal. He is said to have played a vital role in destroying the evidence

09 August 2018: Bharath Kurne, the man who provided land to the accused for weapon training in Khanapur, is the 12th accused arrested in connection with the murder. 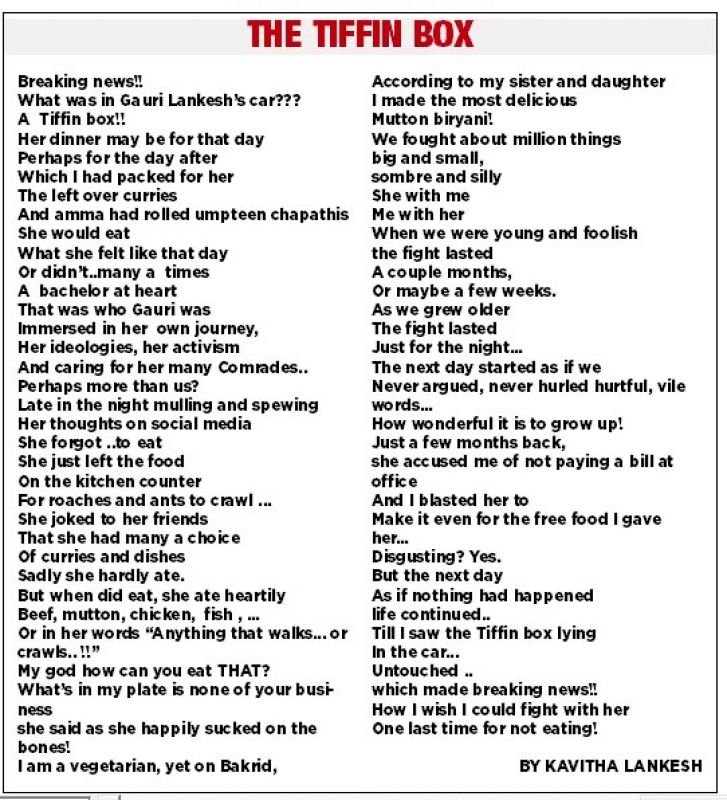