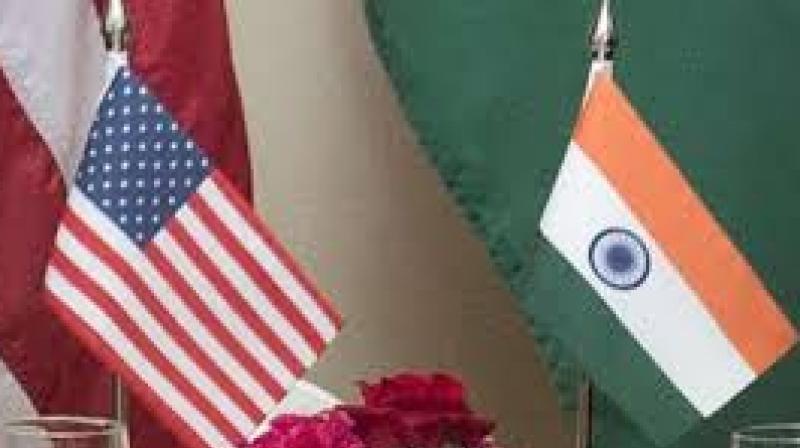 New Delhi: With the 2+2 dialogue at the foreign and defence ministers’ level to take place in New Delhi on Thursday amid the threat of US sanctions over import of weaponry from Russia and oil from Iran, government sources said Tuesday that India hoped the US would not forget its strategic relations with New Delhi. India is hoping for a waiver from Washington on both counts.

The issue of oil imports from Iran, the proposed S-400 missile deal with Russia, “stocktaking” on the proposed Communications Compatibility and Security Agreement (COMCASA) pact that will enable the sale of armed drones by the US to India, matters relating to Pakistan-sponsored terrorism, the situation in the Indo-Pacific region vis-a-vis China as well as matters relating to India’s concerns on proposed immigration curbs in the US that affect Indian professionals working there are all expected to figure during the 2+2 dialogue.

US secretary of state Mike Pompeo and defence secretary Jim Mattis will reach India Wednesday evening for the dialogue being hosted by external affairs minister Sushma Swaraj and defence minister Nirmala Sitharaman on September 6. The 2+2 dialogue on Thursday will be preceded that day by separate bilateral dialogues at the foreign and defence ministers’ level before the four dignitaries together discuss various issues of regional and global importance. They will then together call on Prime Minister Narendra Modi, symbolising the proximity and strength of India-US ties.

While the proposed S-400 missile deal with Russia is officially not on the agenda, sources did not rule out a discussion on it if the matter was raised by the American side. In the wake of sanctions by the US on Russian military exports, the US is concerned about the proposed Indo-Russian deal, although it may consider giving India a one-time waiver. New Delhi is expected to cite its security requirements for the missile system and press for a US waiver to escape sanctions. India is expected to convey clearly to the US that it is an “energy import-reliant” country and that any alternatives to Iranian crude oil will first need to be considered for its pricing, as it could otherwise have an adverse impact on the Indian economy. In the wake of the US piling on pressure on countries across the world to stop importing oil from Iran altogether or face sanctions, India’s ties with Iran and its strategic implications on the Chabahar port project is also expected to be discussed.

Sources also said there will be “stocktaking” on the Communications Compatibility and Security Agreement (COMCASA), a proposed pact on encrypted American defence technologies. This is in the wake of raging speculation whether any announcement on inking of the pact will be made or not. The US decision to give Strategic Trade Authorisation-1 status to India is also being welcomed by New Delhi as this would mean 90 percent of dual-use items (that which can be used for both defence and civilian purposes) no longer require licensing.

Policy in the Indo-Pacific region with special emphasis on Chinese military assertiveness is also expected to be one of the major subjects of discussion.

On the visa front, India is in touch with the US to “save” both the H1-B and H-4 visa programmes. The H1-B visa is a non-immigrant visa that allows US companies to employ foreign workers in speciality occupations that require theoretical or technical expertise in specialised fields. The H-4 visa relates to work permits for spouses of H1-B visa holders. Both visas are of significance to Indian professionals and their spouses residing in the United States.

On the issue of Pakistan-sponsored terrorism, New Delhi has welcomed the recent announcements made by the US in which three Pakistan-based terrorists and terror financiers have been named as Specially Designated Global Terrorists (SDTG). New Delhi is hoping for more such moves by the Trump administration, which is cracking down hard on the failure of Islamabad to take action against terrorism aimed at its neighbours.