India   All India  05 Sep 2018  ‘Lingayats have forgotten the concept of their dharma’
India, All India

‘Lingayats have forgotten the concept of their dharma’

Kalburgi (and people such as myself) believed in that and used to argue that lingayats are not hindus. 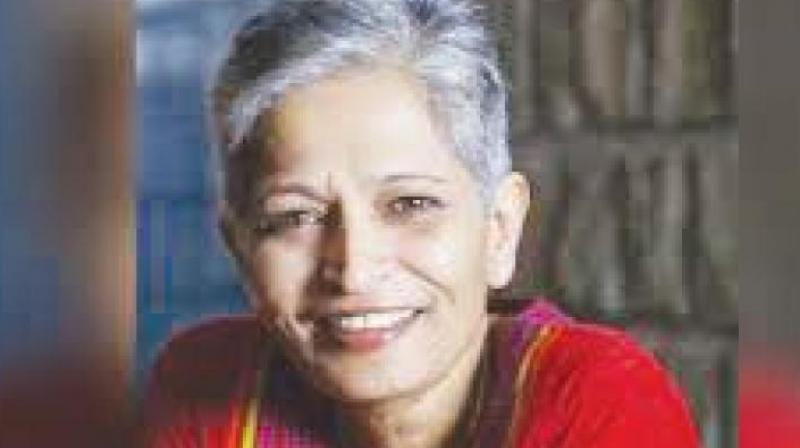 How could i have a difference of opinion about the name sharana?

Like you, i  believe that lingayats have forgotten all concept of what lingayat dharma stands for (considering that some lingayats observe ashta mahalakshmi/etc festivals as a show case of hindu religion: ;-) (could not resist that jibe, soooooooooooooooo ooory :-)) incidentally, lingayats and veerashaivas are not one and the same. shaivism has existed along with vaishnavism much before the sharana revolution of the 12th century. that is the point that people like m m kalburgi were trying to make. the important point is that while shaivism and its associated veerashaivism are part and parcel of the so called brahminical hindu dharma, the sharana revolution which gave rise to lingayat dharma-which is totally opposed to the brahminical hindu dharma- is a totally different religion. even today, the veerashaiva matas don't accept basavanna as their ideological chief. it is only the virakta mathas which follow basava dharma (though they too have distorted it now). In fact, veerashaivas and lingayats are two totally different ideologies.

Kalburgi (and people such as myself) believed in that and used to argue that lingayats are not hindus. perhaps that is what led to his killing, who knows?

I love the concept of sharana, its so beautiful and meaningful. and 'sharanu sharanaarthigalu' is much more meaningful than any other greeting. in fact, i use this greeting when i have to speak to various religious heads, whether brahmin, lingayat, muslim or christian. and those religious heads respond to me according to their custom. its all so cordial. initially, my leftist friends used to make fun of me when i used to say it since i am-according to them-a lingayat (of course i don't use it in everyday common usage). but then they realized that i believe in the concept and are now okay with it. anyway, enough pontificating. i love the name you and mary have given to your son.

Sharanu sharanaarthigalu to both of you. hugs and love and affection as always.

GL.
This letter, written by Gauri Lankesh to her ex-husband, Chidanand Rajghatta, is an excerpt from Illiberal India: Gauri Lankesh and the Age of Unreason