The Facebook-owned company has been on an overdrive after it faced severe criticism from the government over circulation of fake news. 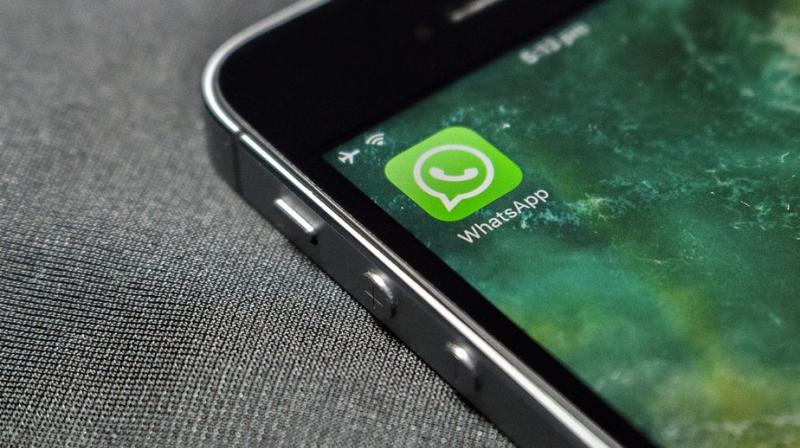 The campaign has been designed in an easy-to-understand format to help users spot misinformation. (Representational Image)

New Delhi: Stepping up crackdown efforts on the spread of fake news, WhatsApp Wednesday said it is expanding its radio campaign to 10 more Indian states, including Maharashtra, Andhra Pradesh and West Bengal.

The Facebook-owned company has been on an overdrive after it faced severe criticism from the government over circulation of fake news on its platform that incited multiple incidents of mob lynching across the country.

WhatsApp kicked off the first phase of its radio campaign -- which urges users to check the veracity of information received as a forward before sharing it with others -- on August 29 in seven states including Bihar, Jharkhand, Madhya Pradesh, Chhattisgarh, Rajasthan and Uttar Pradesh.

"The second phase of the campaign starts on September 5 with radio ads across 83 radio stations of AIR across the states of Assam, Tripura, West Bengal, Gujarat, Karnataka, Maharashtra, Andhra Pradesh and Telangana, Orissa and Tamil Nadu," WhatsApp said in a statement.

These campaigns will run in eight regional languages -- Assamese, Bengali, Gujarati, Kannada, Marathi, Telugu, Oriya and Tamil and will run for a 15-day duration, it added.

"The campaign has been designed in an easy-to-understand format to help users spot misinformation and further sensitise them about the challenges of fake news and addressing these as a society," it noted.

These campaigns advise users to verify the authenticity of messages before forwarding them and to report content that they might find to be inflammatory. It also cautions users to be careful about forwarding messages that contain misinformation and said doing so could have serious repercussions.

WhatsApp, which has been slapped with two notices to check the spread of fake news, has taken a series of measures, including restricting the number of forwards and added ‘forward' label to help users identify such messages.

It is also in the process of establishing a local corporate entity. It has, however, not accepted the government's demand for traceability of messages saying that creating such a software will go against the idea of user privacy and end-to-end encryption.

With general elections slated to be held next year in India, the government is taking a tough stance on the use of social media platforms like Facebook, Twitter, and WhatsApp for spread of misinformation.

The government had warned WhatsApp that it will treat the messaging platform as an abettor of rumour propagation and legal consequences will follow if adequate checks are not put in place.

"WhatsApp stands committed in its efforts to address these issues jointly with civil society, stakeholders and the government," the company said in its statement.

In a recent meeting with WhatsApp Head Chris Daniels, IT minister Ravi Shankar Prasad had asserted that the company find a solution to track the origin of messages on its platform, set up a local corporate entity that is subject to Indian laws within a defined timeframe as well as appoint a grievance officer.

India is a key market for WhatsApp, which has over 1.5 billion users globally, as it has more than 200 million in India.