The Congress party was referring to the latest case in UP in which in FIR was registered at a journalist. 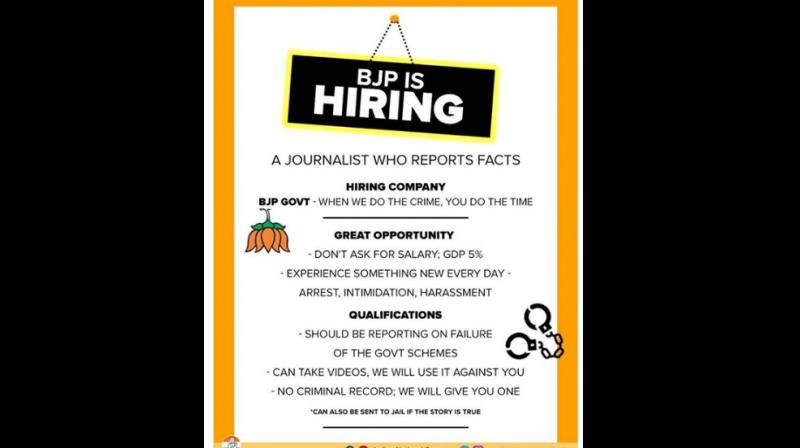 New Delhi: In a sarcastic move after Uttar Pradesh government registered an FIR against the journalist who posted a video of the condition of mid-day meals in UP, the Congress party, on its official Instagram handle posted a 'BJP is hiring' notice.

The notice read in its list of requirements read, 'A journalist who reports facts.'

It further read 'Hiring Company, BJP -- When we do the crime, you do the time.'

This came in response to the UP government booking the journalist on records of 'criminal conspiracy against the government'.

Read | UP journalist booked for reporting on salt, roti being served as Mid-day meal

Pawan Jaiswal who works with a local publication, Jansandesh, released a video of students having roti and salt as their mid-day meal which is a flagship scheme of the central government .