Ever since the new penalties came into force, there have been reports about imposing penalties running into tens of thousands of rupees. 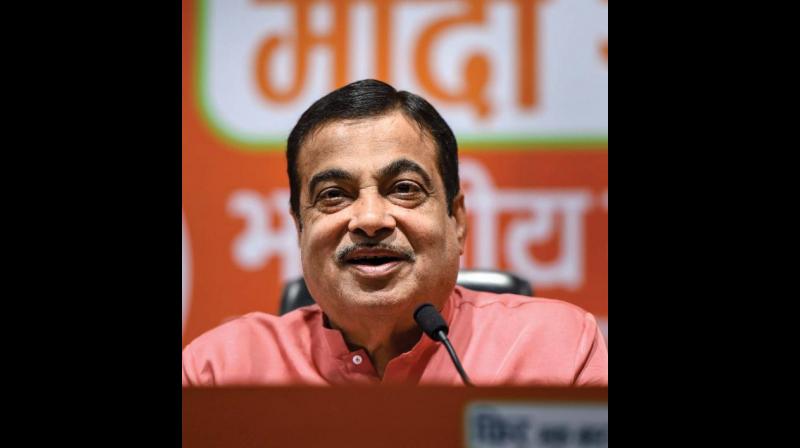 Gadkari had urged parliament to hike the penalties, arguing that the fines were last fixed in 1988 and had lost their deterrent value due to inflation. (Photo: File)

New Delhi: Union minister Nitin Gadkari, the architect of the motor vehicles law, on Thursday, defended the heavy penalties for traffic violations that he maintains were meant as a deterrent.

The union minister of road transport and highways pointed to the 1.5 lakh deaths on Indian roads every year to underscore the need for a law that acts as a deterrent.

“There are 5 lakh accidents and 1.5 lakh deaths on our roads. 65 percent of them are between the age of 18 and 35. Shouldn’t we save lives,” Gadkari told reporters in response to questions about traffic police imposing heavy fines under the new law.

Ever since the new penalties came into force from September 1, there have been reports about the traffic police imposing penalties running into tens of thousands of rupees on motorists for violations.

A two-wheeler rider stopped for jumping a traffic light in Gurugram was fined Rs 23,000 early this week. He told reporters later that he was yet to decide his next step as his two-wheeler wasn’t worth more than Rs 15,000.

On Wednesday, a tractor trolley driver was fined Rs 59,000 while an autorickshaw driver in Odisha was told to pay Rs 47,500 in fines.

The new law cleared by Parliament last month raised the minimum fine for traffic offences from Rs 100 to Rs 1,000. The penalties have also gone up for violations such as driving without a licence, drunk driving and overloading.

Gadkari had urged parliament to hike the penalties, arguing that the fines were last fixed in 1988 and had lost their deterrent value due to inflation.

“If people don’t respect or fear the law, that is not a good place to be in,” he told reporters adding that the government does not like to raise penalty for traffic violations.

But there was this case of an autorickshaw driver, he said, where he was accused of drunk driving, not having the vehicles papers and did not possess a licence also.

“If an accident would have happened, who would have been responsible,” the minister replied, in reference to the autorickshaw driver fined in Odisha.

“The issue is that a time should come that no one gets penalised and everyone follows the rules,” he said, according to news agency ANI.