But, he added, India was creating hurdles in regards to Pakistan hosting the conference. 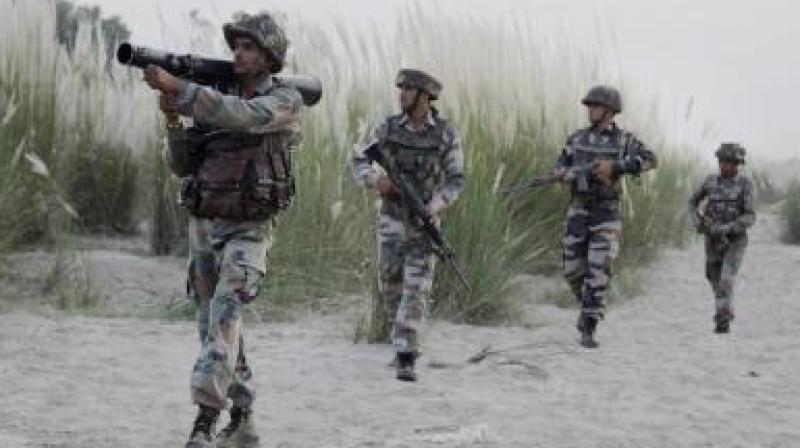 But, he added, India was creating hurdles in regards to Pakistan hosting the conference. (Photo: Representational Image)

Indian Army Chief Gen. Bipin Rawat had earlier said that the “time was ripe” for a “surgical strikes on terror launch pads across the Line of Control (LoC).”

Dr Faisal said the chief of a professional Amy should refrain from making such controversial claims. Asked about the opening of the Katarpur corridor for Sikh pilgrims, the FO spokesperson lamented India’s reluctance to dialogue.

Reiterating Pakistan’s stance to resolve outstanding issues through dialogue, Mr Faisal said no decision can be made regarding the corridor if India does not agree for talks.

The FO spokesperson said that Pakistan held meetings with members of the South Asian Ass-ociation for Regional Cooperation on the sidelines of the UN General Assembly.

But, he added, India was creating hurdles in regards to Pakistan hosting the conference.

Mr Faisal said no compromise would be made on national interest whether it’s the issue of Shakeel Afridi or India. He said that International Court of Justice (ICJ) will conduct hearing of case pertaining to Indian spy Kuldbhushan Jadhav on February 18, adding Pakistan was completely prepared to contest its case in the ICJ.

The spokesperson alleged that 18 Kashmiris had been killed during this week by the Indian forces and Pakistan ‘strongly condemned Indian aggression in Kashmir.’

Dr Faisal said that Pakistan is raising the issue of water andcontroversial projects initiated by India such as Kishanganga andRatle, at all forums.

Regarding China-Pakistan Economic Corridor, he said both Islamabad andBeijing are on the same page over this project. To a question, he saidbringing Afghan Taliban to negotiating table is shared responsibilityof all countries.

On the current state of ties between Islamabad and Washington, Dr Faisal said the relationship’s trajectory was positive. He added that Foreign Minister Shah Mehmood Qureshi had put forth Pakistan’s stancein interaction with delegates at the UNGA.

“FM Qureshi categorically stated that Pakistan would not compromise on its national interest,” he said.

Dr Faisal said Pakistan was pursuing a policy of peace and believed dialogue was the only way forward to resolve disputes.