Avni was shot dead by a sharpshooter Asgar Ali, who happens to be the son of a famous hunter Nawab Shafat Ali. 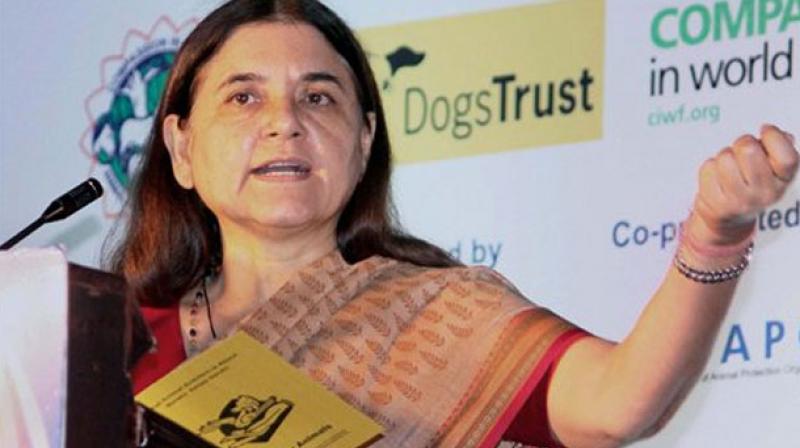 New Delhi: Union minister of  women and child development Maneka Gandhi, who is also known for her keen interest in issues related to animal welfare, criticised the Maharashtra government on Sunday over the killing of a man-eating tigress Avni.

While describing the incidents as a ghastly murder, the minister said on Twitter, “I am deeply saddened by the way tigress Avni has been brutally murdered in Yavatmal,” she said in a tweet.

“It is nothing but a sraight case of crime. Despite several requests from many stakeholders, (Sudhir) Mungantiwar, the minister of forests, Maharashtra, gave orders for the killing.’’

While describing the incident as a straight case of crime, Ms Gandhi said she will raise the issue with Maharashtra chief minister Devendra Fadnavis. The tigress was apparently responsible for killing of 13 people in the last two years. She was finally killed in the Yavatmal region of Maharashtra on Friday as part of an operation.

Avni was shot dead by a sharpshooter Asgar Ali, who happens to be the son of a famous hunter Nawab Shafat Ali. In a series of Tweets, Ms Gandhi added, “I am definitely going to take up this case of utter lack of empathy for animals as a test case. Legally, criminally as well as politically.’’

While crticising both Mr Mungantiwar and Asgar Ali, the minster stated, “Every time he has used Hyderabad-based shooter Shafat Ali Khan, and this time his son has also appeared on the scene illegally to murder the tigress.

“His son was not authorised to kill. This is illegal. The trigger-happy shooter has killed her on his own under orders of Mungantiwar,” she further tweeted.