India   All India  05 Dec 2016  Camel milk may soon be available at local stores
India, All India

Camel milk may soon be available at local stores

Camel milk is considered to be a rich source of proteins with potential antimicrobial and protective activities. 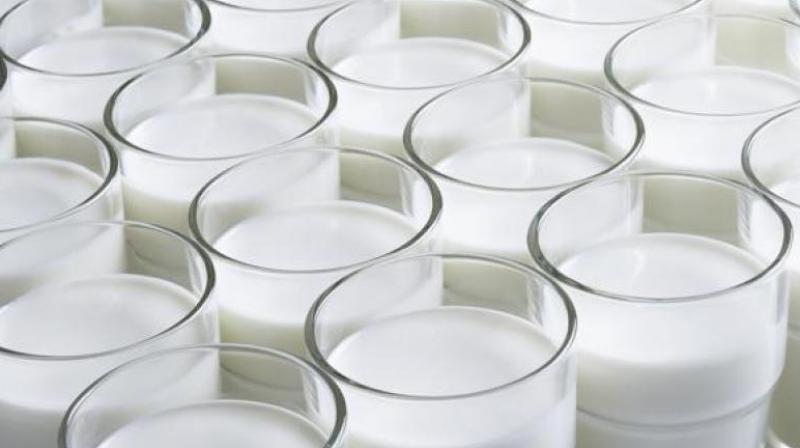 Importantly, camel milk is widely consumed in West Asia due to its immense health benefits. The milk processed in Kutch diary will be marketed by milk giant Amul. (Photo: PTI)

New Delhi: You may soon find camel milk in your neighbourhood grocery store. Considering its health benefits, country’s food authority has included camel milk in the edible category, setting separate standards for it and thus opening doors for its marketing.

The Food Safety and Standards Authority of India (FSSAI) swung into action after it received requests from several quarters, including the National Research Centre on Camel, Bikaner, and the government of Gujarat for inclusion of camel milk under the Food Safety Standards, 2011, following which the FSSAI’s task force on milk and milk products discussed the matter, taking into consideration the information and data provided by the centre at Bikaner and the Gujarat government. The task force has also asked the National Dairy Research Institute (NDRI), a premier organisation providing research and development support for diary development programmes of India, to carry out a statistical analysis of the data pertaining to 2,535 samples of camel milk.

Taking the note of the statistical analysis of the data which suggested both fat as well as solid-not-fat (SNF) content in camel milk normal, the FSSAI decided to frame the standards, specifying the minimum content of milk fat and milk solids-not fat in camel milk i.e. 3.0 per cent and 6.5 per cent respectively applicable all over India. The standards are in the draft stage and the final notification of the same is likely to come soon.

Camel milk is considered to be a rich source of proteins with potential antimicrobial and protective activities. Significantly, a Kutch-based diary is already in the process of setting up India’s first camel milk processing unit. Kutch area has about 12,000 camels.

Importantly, camel milk is widely consumed in West Asia due to its immense health benefits. The milk processed in Kutch diary will be marketed by milk giant Amul.

According to Union agriculture ministry’s 19th livestock census report of 2012, there are about 4,00,000 camels in India, of which milch camels are estimated to be around 210,000.