The Pakistan delegation’s request for visit to Golden Temple today was carefully looked into. 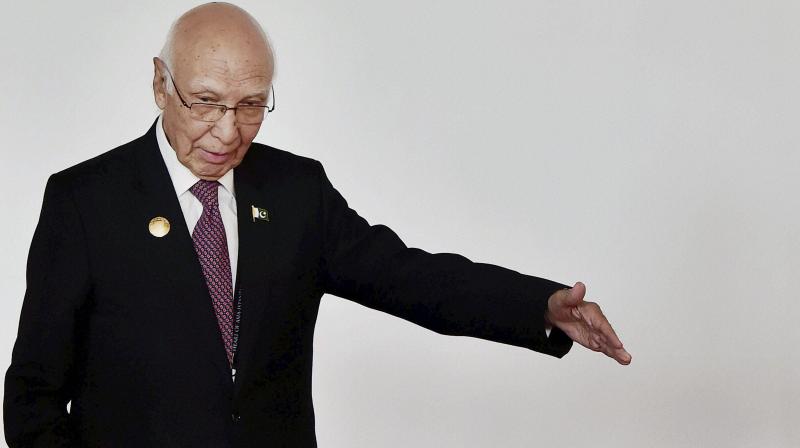 Pakistan Prime Minister's Advisor on Foreign Affairs Sartaj Aziz at the inauguration of the 6th Heart of Asia Conference in Amritsar. (Photo: AP)

“Visits to the Golden Temple by VVIPs and VIPs attending the conference were initially envisaged for Sunday. However, Guru Teg Bahadur’s Martyrdom Day was also observed today. Apart from difficulties in ensuring security of VVIPs and VIPs, their visit to the temple would have caused inconvenience to a large number of devotees,” sources said.

Hence two rounds of visits to Golden Temple by VVIPs and VIPs were organised on Saturday.

The Pakistan delegation’s request for visit to Golden Temple today was carefully looked into. Given the aforementioned factors, and it was not found feasible to organise adequate security for the delegation at a short notice.”