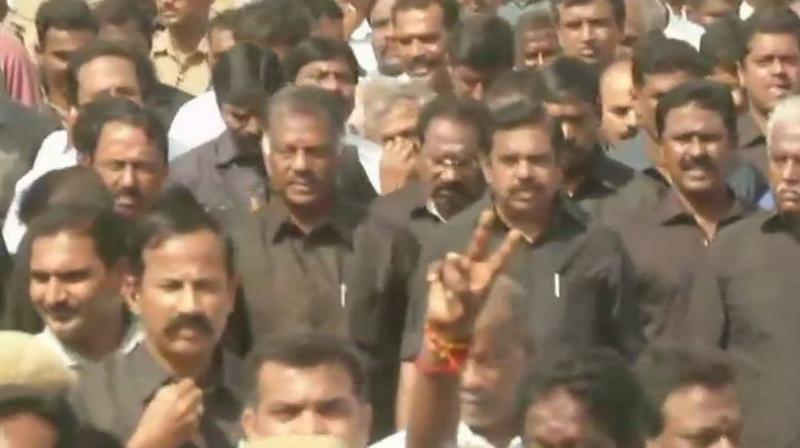 Clad in black shirts, Palaniswami and Panneerselvam, AIADMK coordinator and joint coordinator, respectively, led a silent march from Anna Salai to Marina beach, where the former AIADMK supremo was laid to rest.

Senior cabinet ministers, MPs and MLAs besides scores of party supporters most of whom were clad in black joined Palaniswami and Panneerselvam. Palaniswami is the Chief Minister of Tamil Nadu while Pannerselvam is his Deputy.

After 75 days of hospitalisation, Jayalalithaa died of cardiac arrest on December 5, 2016.

On its official Twitter handle, AIADMK also posted a video in memory of J Jayalalithaa.