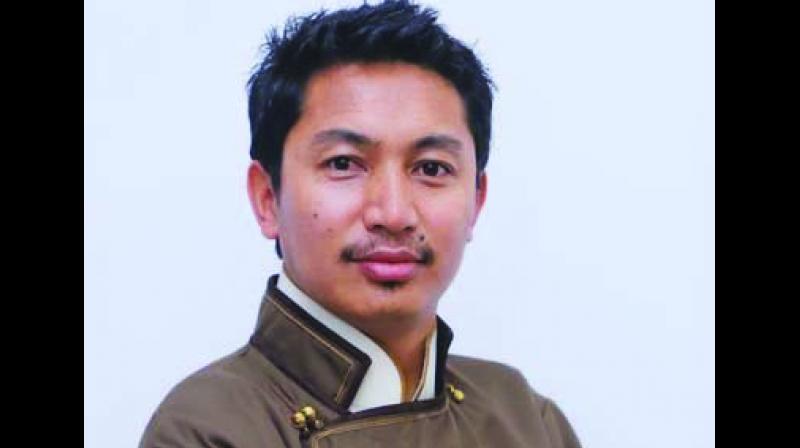 New Delhi: It was an embarrassing moment for the ruling Bharatiya Janata Party (BJP) when its young Member of Parliament from Ladakh, Jamyang Tsering Namgyal, expressed anguish over the Union government’s inaction in improving conditions in Ladakh.

Mr Namgyal criticised the government for not doing anything to improve connectivity in the newly-carved out Union Territory Ladakh that shares borders with both China and Pakistan.

The MP said that in the absence of telecommunications, phone and internet connectivity, Central government’s schemes are not reaching people in the state.

The Union government while separating Ladakh from Jammu and Kashmir in August this year had said that the move will help in developing the area in a much focused way. However, Mr Namgayal on Wednesday had a completely different take on that.

With Union minister for communications, electro-nics and information technology Ravi Shankar Prasad sitting right before him in the front row, Mr Namgyal raised the matter during the Zero Hour of Lok Sabha, saying that though he gets a prompt response to his letters from the minister’s office what he doesn’t get is action on the ground.

“I am very grateful to the minister because in the last five months I have got replies to all the letters that I have written to him but no action has happened,” the MP sarcastically.

Mr Namgyal narrated the hardships of the people in Ladakh where the temperature in winters dips to minus degrees making even evacuation of patients difficult due to lack of communication.

“Ladakh has its border touching with China and Pakistan. There are 350 villages and hamlets here where there is no mobile or telecommunication. It is winters now and the area will be covered under 12-15 feet snow. There is no communication even to evacuate patients. The 344 DSTs (digital satellite phone terminals) that were functioning till last year have stopped now. Communication lines in such difficult areas in much needed but since there is no commercial viability there is no private sector or BSNL set up coming up because of the high the operational cost. Hence, I would request the Union government to provide connectivity to Ladakh through Universal Service Obligation Funding. You can’t imagine how we will survive this winter when temperature in my constituency Drass today is minus 24.8 degrees,” said Namgyal.