Odisha minister resigns over comments on acquittal of rape accused

'Maharathy has sent his resignation letter to the chief minister's office. He has resigned on moral grounds,' a source in the CMO said. 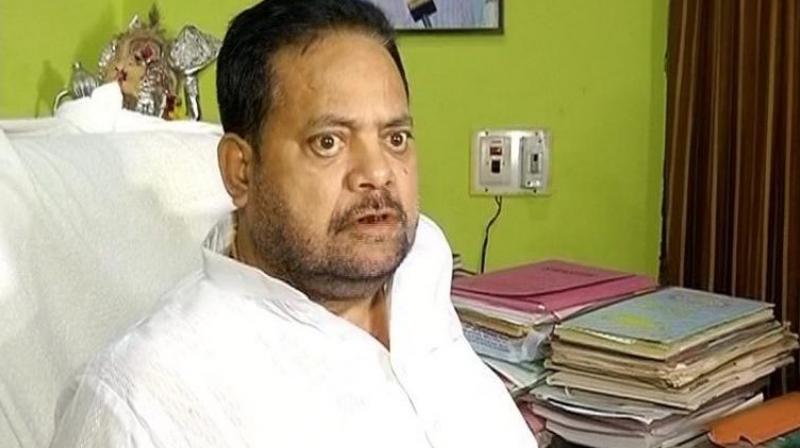 Bhubaneswar: Odisha Agriculture Minister Pradeep Maharathy resigned Sunday after he stoked a controversy for his remarks on the acquittal of the accused in a gang rape-and-murder case of 2011-2012, sources said.

"Maharathy has sent his resignation letter to the chief minister's office. He has resigned on moral grounds," a source in the CMO said. Maharathy was not available for comment.

The development came a day after Prime Minister Narendra Modi, while addressing a public meeting at Baripada on Saturday, accused the Odisha government of not being serious about the welfare of women and girls and urged it to re-investigate the Pipili gang rape-and-murder case.

"This (state) government failed to give justice to a girl in an incident that took place 7 to 8 years ago in Puri district. It is natural that women and girls are angry over laxity in investigation into the case for which the victim has been denied justice," Modi said at the BJP rally. Reacting to Modi's remarks on the Pipili rape-and-murder case, Chief Minister Naveen Patnaik had said, "We are following the case vigorously."

A 19-year-old Dalit girl was raped in November, 2011 and died in June, 2012 after remaining in a semi-comatose state, sparking a state-wide furore. It was alleged that the accused in the case had been sheltered by Maharathy.

On December 24, 2018, the court of additional district judge in Bhubaneswar had acquitted the two persons arrested in the case. Reacting to the court judgement, Maharathy had said, "I welcome the court judgement. It is victory of truth. The victim girl got justice."

Maharathy's statement had angered opposition political parties as well as the victim's family who had sought stringent action against the accused.

"How come the victim got justice when the accused persons are acquitted?" asked Odisha Mahila Congress president Sumitra Jena.

The women's wings of both the BJP and the Congress had launched an agitation demanding Maharathy's resignation. Though Maharathy, who represents Pipili in the assembly, had subsequently apologised for his remarks following widespread condemnation, opposition parties stepped up their demand for his removal as minister.

BJP activists in all urban centres in the state held candlelight rally, demanding the resignation of Maharathy and handing over the case to the Central Bureau of Investigation (CBI). Maharathy had to resign from the ministry then in the face of a state-wide hue and cry for allegedly sheltering the accused. He again became a minister after the Biju Janata Dal (BJD) returned to power in 2014.