The high court said that their written statements to the suit will be taken on record on payment of the costs imposed on them. 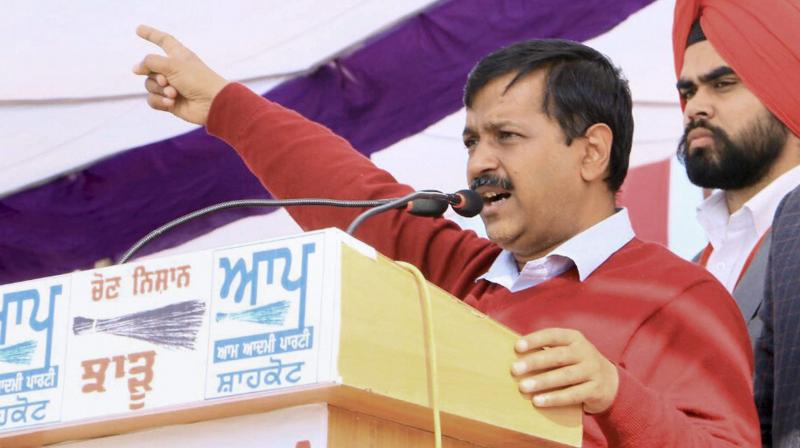 New Delhi: The Delhi High Court has slapped a costs of Rs 10,000 and Rs 30,000 on Delhi Chief Minister Arvind Kejriwal and cricketer-turned-MP Kirti Azad respectively for delayed response to the defamation suit filed by DDCA seeking Rs two-and-half crore each as damages from them.

The high court said that their written statements to the suit will be taken on record on payment of the costs imposed on them.

The high court's Joint Registrar Anil Kumar Sisodia, who presides over the procedural aspects of a civil suit before it is heard in a court, has directed that the costs of Rs 10,000, imposed on the chief minister, shall be paid to the cricketing body.

It also said that out of the costs of Rs 30,000 imposed on suspended BJP MP Azad, Rs 20,000 shall be paid to the Delhi and District Cricket Association (DDCA) and remaining Rs 10,000 shall be deposited in the Delhi High Court Legal Service Authority.

The joint registrar had reserved his order on January 15 on the issue whether their reply would be taken on record or not.

His order came on Kejriwal and Azad's separate applications seeking condonation of delay in filing their respective written statements in the defamation suit.

DDCA, represented by advocate Sangram Patnaik, while seeking that the written submissions of the two politicians in the civil suit should not be considered, had told the court that while Kejriwal's reply was late by 16 days, Azad has filed his response after almost 70 days of the stipulated period.

Kejriwal and Azad are facing defamation suit filed by DDCA for alleged defamatory criticism of the functioning and finances of the cricketing body.

The counsel for Kejriwal during arguments had submitted that since the chief minister was busy, the delay in filing his reply should be condoned.

Azad's counsel had said the MP was busy in Parliament, so his reply should also be accepted and the delay condoned.

DDCA had earlier alleged that Kejriwal "with prior motive, indulged in certain false, shocking, scandalous, defamatory, baseless, slanderous, malicious, disgraceful and outrageous statements which are defamatory against them".

DDCA had also said that the statements against the cricketing body were made to create a serious dent on its image and a "notion of public outcry".

It has claimed that the allegations regarding financial irregularities and corruption in selections at the junior level were "maligning the image" of DDCA.