A 22-year-old youth, Aarif Ahmed Lone, was injured when the Army opened fire on a violent crowd in southern Kulgam district on Monday. 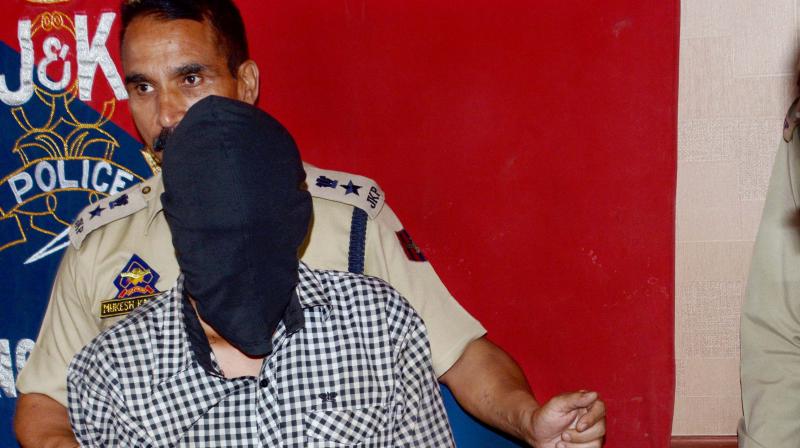 During the course of investigation by a Special Investigation Team (SIT) of the police it was establish that Pakistan-based Lashkar-e-Tayyaba terrorists headed by Bashir Lashkari were involved in the attack. (Photo: AP)

SRINAGAR: The Jammu and Kashmir police on Monday filed chargesheet against eight Lashkar-e-Tayyaba (LeT) cadres, including a resident from Uttar Pradesh’s Muzaffarnagar district, for their alleged involvement in June 15, 2016 terror attack in which six policemen were killed in southern Anantnag district.

Meanwhile, 22-year-old youth Aarif Ahmed Lone was injured when the Army opened fire on a violent crowd in southern Kulgam district on Monday. The incident occurred in Mishipora village of Kulgam. The police said that a patrol party of the Army came under stone-pelting by the local youth while passing through the village.

“The soldiers tried to chase the miscreants away without using any force but that didn’t yield any desired result. The stone pelting intensified on which the soldiers first fired their rifles in the air and then directly into the violent crowd,” said a police official.

A statement issued by the police here said that the “comprehensive” charge-sheet was filed before a court in Anantnag which is hearing the case registered by the police under various sections of Ranbir Penal Code including 302 (murder), 326 (voluntarily causing grievous hurt by dangerous weapons or means), 427 (causing mischief), Arms Act and other relevant laws.

According to the charge-sheet, a group of LeT terrorists attacked a police vehicle in which Station House Officer of Acchabal (Anantnag) and five other policemen were travelling using automatic weapons including AK 47 rifles resulting into their on-the-spot death.

“During the investigation incontrovertible evidence has been brought on record establishing complicity of above mentioned accused persons in the instant crime,” the chargesheet said.