The veteran Cong leader said the intelligence did not inform him about their proximity to the RSS when he was appointed at this post. 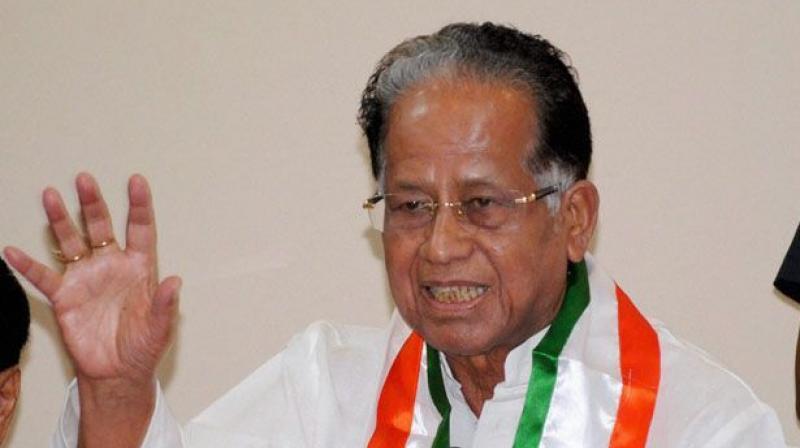 Talking about the update process of the National Register of Citizens, Gogoi alleged that religious and linguistic minorities were left out in large numbers from the first draft, signalling a 'government conspiracy'.

Guwahati: Former Assam chief minister Tarun Gogoi on Tuesday alleged that the state's Chief Secretary VK Pipersenia and Director General of Police (DGP) Mukesh Sahay are fully controlled by the RSS, which is running the government at present.

Both Pipersenia and Sahay took over as the chief secretary and the DGP of Assam in 2015 when Gogoi was the chief minister.

"The government is run by Pipersenia, the DGP and a few more officers. Pipersenia and DGP are fully controlled by the RSS. Otherwise, why would the chief secretary go and meet the RSS?" Gogoi said at a press conference inside Assam Assembly premises.

However, he did not mention any specific meeting between the chief secretary and RSS leaders.

The veteran Congress leader said the intelligence did not inform him about the bureaucrat's proximity to the RSS when he was appointed at this post.

"Even Himanta (Biswa Sarma) had said to Rahul Gandhi in my presence that I had appointed an RSS man as chief secretary. I did not realise it then. The way Himanta cheated me, Pipersenia also did the same to me," Gogoi claimed.

Biswa Sarma had quit the Congress and joined the BJP before the Assembly election in 2016.

Pipersenia was a deserving officer that was why he was made the chief superseding another officer, he said. "But we did not consider his RSS relation then," Gogoi said.

Talking about the update process of the National Register of Citizens, he alleged that religious and linguistic minorities were left out in large numbers from the first draft, signalling a "government conspiracy".