CM Pinarayi Vijayan said that a group of 15 RSS/BJP workers led by a panchayat member Dipu were behind the incident. 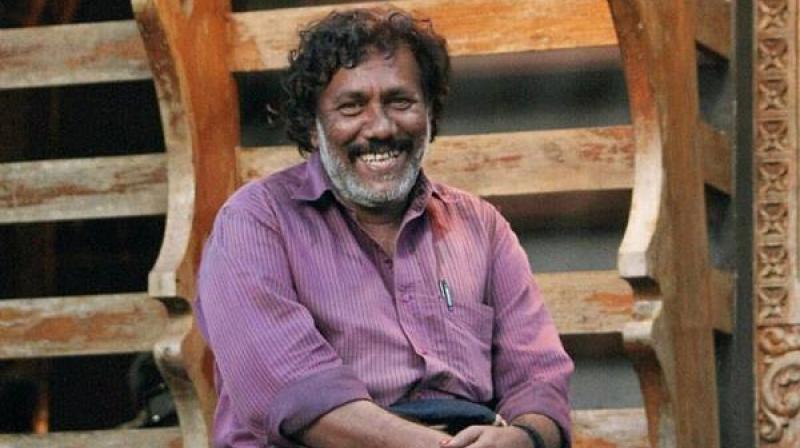 Kureepuzha Sreekumar, a noted Malayali poet, was threatened after he attacked Hindutva forces over their stand on the controversy over the construction of a 'caste wall' at Vadayampady near Kochi. (Photo: Facebook)

Kollam: Six RSS activists were arrested on Tuesday for allegedly threatening a noted Malayalam poet in Kollam district with the Chief Minister's Office (CMO) ordering a thorough probe into the incident.

The incident took place at Kotttukkal when Kureepuzha Sreekumar was returning after addressing a function on Monday night, police said.

He was stopped by a group of RSS activists as he was getting into his car and allegedly threatened, they said.

Sreekumar, while addressing the function, had attacked Hindutva forces over their stand on the controversy over the construction of a "caste wall" at Vadayampady near Kochi.

On the basis of the poet's complaint, a case was registered against the RSS workers, police said.

Superintendent of Police (Rural), Kollam, B Asokan said that a case was registered against 15 RSS workers, of whom six were arrested.

Chief Minister Pinarayi Vijayan's office has also directed the police to take stringent action and launch a thorough probe into the incident.

The issue was also raised in the Kerala Assembly on Tuesday.

Replying to the submission on the matter by Mulakara Ratnakaran of the CPI, the chief minister said that a group of 15 RSS/BJP workers led by a panchayat member Dipu were behind the incident.

Cases have been registered against 15 people under various sections of the Indian Penal Code (IPC) and six have been arrested so far, he said.

There has been an increase in attacks on the freedom of expression in the country since the past few years, Vijayan said, adding that M M Kalburgi, Govind Pansare and Gauri Lankesh had lost their lives due to such intolerance.

In Kerala also renowned writer M T Vasudevan Nair and film maker Kamal were among those who had been threatened.

Such incidents would be dealt with sternly and will not be allowed to be repeated, he said.

The government will provide necessary protection to ensure that everyone has the right to freedom of expression, the chief minister said.

Kerala stands out as an island of hope, when attacks on freedom of expression are taking place elsewhere in the country, he said.