LeT terrorist Mohd Naveed Jutt alias Abu Hanzala was arrested by the police in June 2014 from Kulgam in South Kashmir. 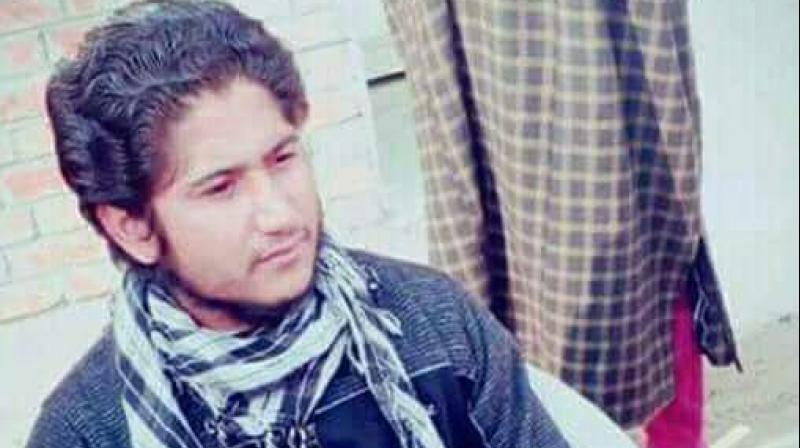 Naveed Jutt's father was a retired Army driver and he, along with his brothers, was part of madrassas which were owned by the Jamaat-ud-Dawa, a front for Lashkar-e-Toiba. (Photo: ANI)

Srinagar: Lashkar-e-Taiba (LeT) terrorist Mohd Naveed Jutt alias Abu Hanzala, who managed to flee after militants opened fire at police officials outside a Srinagar hospital on Tuesday, was arrested by police in June 2014 from South Kashmir.

According to sources, Naveed’s father was a retired Army driver and he, along with his brothers, was part of madrassas which were owned by the Jamaat-ud-Dawa (JuD), a front for LeT.

A Class V dropout, Jutt, a resident of Multan in Pakistan, entered India through Keran in North Kashmir in October 2012. He shifted to South Kashmir after spending the winter of 2013 in the Dachigam forest along with 21 terrorists of LeT, sources had said.

During interrogation following his arrest in 2014, Naveed claimed he was tasked with carrying out sensational killing of policemen and central paramilitary forces, the sources said, adding that he was allegedly involved in the killing of one police officer at Pulwama in May 2013.

He is also alleged to have been involved in an attack on Army camp in June 2013 and in attacks on police patrol parties in Tral, Shopian, Kulgam -- all in South Kashmir.

Accused of killing many policemen in South Kashmir, Jutt is reported to have said that he was part of Borevalla Sahiwala camp of LeT in Multan district of Punjab where he had met Ajmal Kasab, the Pakistan terrorist and Lashkar militant who was involved in the 2008 Mumbai terrorist attacks.

Jutt had also said that the LeT bosses used to give a special “Kasab class” as part of taining module for its new recruits during which they are told about the mistakes committed by Ajmal Kasab during the Mumbai terror attacks.

In 2014, before his arrest, Jutt was involved in the sensational firing inside Pulwama court complex and an attack on a polling party on April 24, 2014.

Jutt is also the first Lashkar terrorist who said during interrogation that he had met Kasab.