India   All India  06 Feb 2020  Creating meaningful livelihood for all the greatest challenge
India, All India

Creating meaningful livelihood for all the greatest challenge 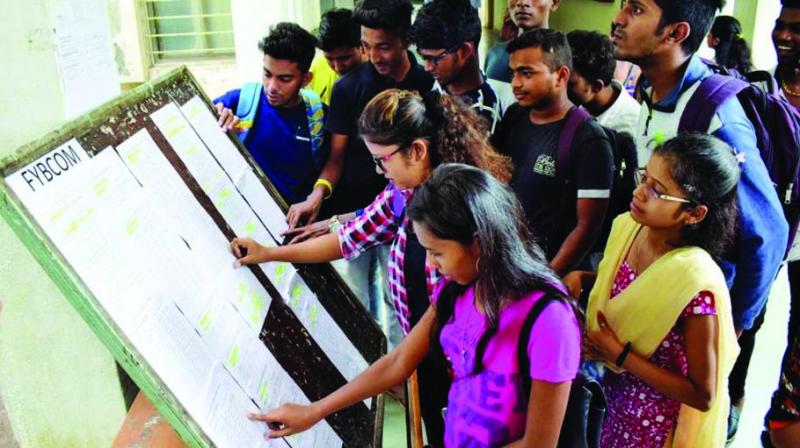 These two categories are now heading the list, having outnumbered the suicide figures of those working in the farming sector. Unemployed persons (12,936) were slightly behind those self-employed (13,149) who took their own lives, with the number of farmers taking lives being 10,349. It is now clear that, even while we need to address agrarian distress on a war footing, the challenges posed by unemployment and underemployment have become equally grim.

The latest data on suicides in India makes a very grim revelation. The National Crime Records Bureau’s (NCRB) report, “Suicide in India 2018”, states that an average 35 unemployed and 36 self-employed people ended their lives every day in 2018, with the two categories together accounting for 26,085 suicide deaths during the year. These two categories are now heading the list, having outnumbered the suicide figures of those working in the farming sector. Unemployed persons (12,936) were slightly behind those self-employed (13,149) who took their own lives, with the number of farmers taking lives being 10,349. It is now clear that, even while we need to address agrarian distress on a war footing, the challenges posed by unemployment and underemployment have become equally grim.

RURAL DEVELOPMENT AS A SOLUTION TO URBAN MIGRATION

India has witnessed a relatively high aggregate economic growth, but also abounds in persistent and endemic deprivation and deep social failures. Appalling poverty and staggering inequalities continue to characterise the lower social and economic pyramid. Barring an impressive growth in per capita income, India is actually falling behind its neighbours in South Asia in every social indicator that matters, from literacy to child malnutrition to access to toilets. India’s development landscape is dotted with schemes that sounded ambitious but simply didn’t deliver.

We are striving to build hundreds of smart cities, towns and villages. We must ensure that they are humane, hi-tech and happy places leading to the creation of a technology-driven but compassionate society. In this age of technological advances, machines are being pitted against men. The only way to survive this is to acquire knowledge and skills, and learn to innovate. Inclusive innovations linked to the aspirations of our people can benefit a wide spectrum of society as well as preserve our diversity. The rising burden on urban cities due to migration emphasises the need to transform villages so that they can meet the critical as well as aspirational needs of the villagers. This can be done using innovative technologies and transforming the service delivery models for villages.

The development of the rural economy in developing countries should be a priority for those concerned with urban migration, which is hollowing out villages. Modernising agriculture in poor areas could yield substantial benefits, raising productivity and providing the pull needed to keep young people on the land instead of migrating to large cities. Improving agriculture, the infrastructure and services — education, health and social — and expanding livelihood opportunities in rural areas can reduce migration to cities.

Rural migration has accompanied the gradual process whereby labour is transferred from agriculture to more lucrative sectors in manufacturing and services that are located in urban areas. Instead, jobs in agricultural value chains can provide opportunities for rural people close to where they already live and restrain them from leaving their villages. Creating dignified, adequate and meaningful livelihood for all is now the greatest challenge. Even as urbanisation grows apace (with the urban population now growing much faster than the rural) it will be a few decades before the balance of population shifts away from the rural. Public initiatives on the lines of civil society approaches are caught between the imperatives of empowerment (or, at least not creating dependencies) and ethics (not leaving anyone worse off than they initially were).

Farming has become perilous in developing countries, vulnerable as it is to shocks and crises from natural disasters or manmade problems. Too little is being done to shield families from these shocks and enable them to survive through lean times. Our farmers are underpaid, indebted and malnourished. They are frequently using chemicals that harm their health, and rely on practices that seriously degrade their land. Not only this, the food that they are producing is often coated in harmful chemicals, has little taste and is low in essential nutrients.

THE PROBLEMS AT HAND

One of the glaring problems of the public sector is the acute shortfall in properly trained and motivated human resources in the implementation system. This is reflected not just in the absence of numbers, but also in the inadequacies of training and qualification of the personnel involved.

The general impression of the public sector is one of bureaucratic insensitivity and bland indifference with executives preferring to stick to the status quo and conforming to Byzantine traditions. Forward-thinking executives have broken out of the mould to reinvent the system and make it more responsive to the poor but many more need to follow suit.

The commonly parroted reasons for the failures and persistence of India’s maladies are a lack of accountability, corruption, poor incentive mechanisms and an oversized government. Solutions put forth therefore focus on reducing red-tapism, through technological interventions, or bypassing the State or replacing the government system completely or partially through public-private partnerships. The suggested solutions do not address the core institutional shortcomings. Most of the remedies are short-term, but are neither sustainable nor scalable.

The grassroots development staff are required to complete a huge load of paperwork and file many reports to superiors. The system gives so much weightage to the documentation that if these duties are not completed and reports sent to the governments regularly, there is no accountability for actual outcomes. Thus, paperwork and reporting take precedence over real development. Impact assessment is not seriously evaluated and much of the findings are manipulated. Inefficient staff members are often deployed in audits and evaluations because their presence in operations can affect the time schedules of project implementation on account of their inefficiency. The contractor-politician-bureaucrat nexus too affects the quality of outcomes.

India’s policy mandarins are frustrated by this lack of success at translating budgetary allocations and governmental effort into improved outcomes. They are, thus, increasingly seduced by direct cash transfers to clients and privatisation of education, health and other services. Cash transfers are not a panacea and do have limitations. The outcome will depend on the transparency of the identification process where the local bureaucracy can deny benefits to genuine claimants and pass on the benefits to undeserving ones. There will also be need for regulatory agencies that monitor how private agencies function, particularly the quality and pricing of their services. Privatisation can work well only when the user community is well-educated and empowered. Poor governance in management of public service delivery systems can easily transfer to equally poor oversight of private providers. In the Indian case, the government will need to monitor spending once the programme is launched and attempt to encourage the sort of spending that will reduce poverty in the longer term.

Empowering local governments, non-profits, frontline workers and supervisors with financial and administrative authority for delivering meaningful outcomes is the most desirable thing to do. Non-profits are criticised often for typically promising too much and delivering very little. It is fair to expect of them to properly assess their capacities, and accordingly restrict their geographies. Often, it is smarter to do multiple programmes with different departments in the same geography. Further, given the general climate of distrust towards non-profits, it helps if the non-profit earns the government’s trust and has a work history with them or within that geography before it approaches them with a new project. In case of new organisations, the credentials of the promoters will weigh heavily with the government.

There are plenty of ethical questions to be asked of those who make a professional living off their expertise in poverty and despair. I know that what used to be said about malaria applies just as cynically to poverty: there are more people living off it than dying of it. A number of NGOs make a killing on starvation deaths.

For instance, at what point does a scholar stop being a scholar and become a parasite who feeds off despair and dispossession? Does the source of a scholar’s funding compromise his or her scholarship?

We self-styled professionals have enjoyed higher education; we have acquired at least the outward trappings of learning — usually by some accident of birth or biography. The tribe of those who have made the grade through sheer hard work and commitment is shrinking. This advantage gives us access to the decision-makers, to those who decide how the cake will be shared. In other words, we have joined the elite, and the elite enjoy privilege unrelated to merit.

Fortunately, the academic community is now no longer dominated by the elite. The social background of this tribe is now more representative of the population. The academic work is hands-on rather than hands-off, solving real problems but also learning better how the world works. The traditional dichotomy between the starry-eyed researcher working on the high perches and the practical-minded development manager who is too busy to reflect is crumbling. Good academics know how to be practical and good policymakers know when they need to move out of their comfort zone, and they relish the experience.

Nobel laureate Wangari Maathai proclaimed: “In the course of history, there comes a time when humanity is called to shift to a new level of consciousness, to reach a higher moral ground. A time when we have to shed our fear and give hope to each other. That time is now.”

The writer is a well-known development professional