Though the letter does not mention any particular case, Owaisi is one of the lead/star campaigners of the AIMIM for the UP elections 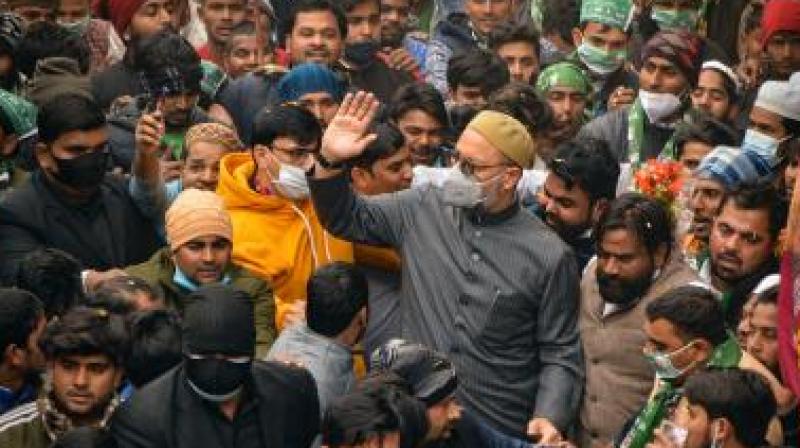 The star campaigners constitute an integral part of the election process and their security is of utmost importance for ensuring free and fair elections, the EC asserted. (PTI)

New Delhi: Days after shots were fired at the car of AIMIM chief Asaduddin Owaisi in western Uttar Pradesh, the Election Commission has directed chief secretaries of all states to provide adequate security cover to star campaigners of political parties within their states during the election period.

In a letter dated February 5 and also marked to state chief electoral officers, the EC said it has been brought to its notice that the "star campaigners in the ongoing general elections to the legislative assemblies of the five states have faced security issues".

The star campaigners constitute an integral part of the election process and their security is of utmost importance for ensuring free and fair elections, the poll panel asserted.

"The commission has taken cognisance of the matter and has decided that the star campaigners... appointed by the political parties shall be provided adequate security cover within the state during the period of conduct of elections," it said.

Though the letter does not mention any particular case, Owaisi is one of the "lead/star campaigners" of the All India Majlis-e-Ittehadul Muslimeen for the Uttar Pradesh Assembly elections.

The AIMIM is a recognised state party in Telangana.

The EC letter said the concerned political parties will provide a visit plan, route chart and any other necessary information for providing necessary security cover to their star campaigners to the chief electoral officer and the concerned district election officer.

A copy of the letter has also been marked to leaders of all recognised national and state parties.

On Thursday, gunshots were fired at Owaisi's vehicle at Hapur in western Uttar Pradesh when he was returning to Delhi after campaigning for the assembly elections.

Assembly polls will be held in Uttar Pradesh, Uttarakhand, Goa, Punjab and Manipur from February 10 to March 7.