The decision was taken after the EC held a meeting with the Secretary, Ministry of Health and Family Welfare, to assess the situation 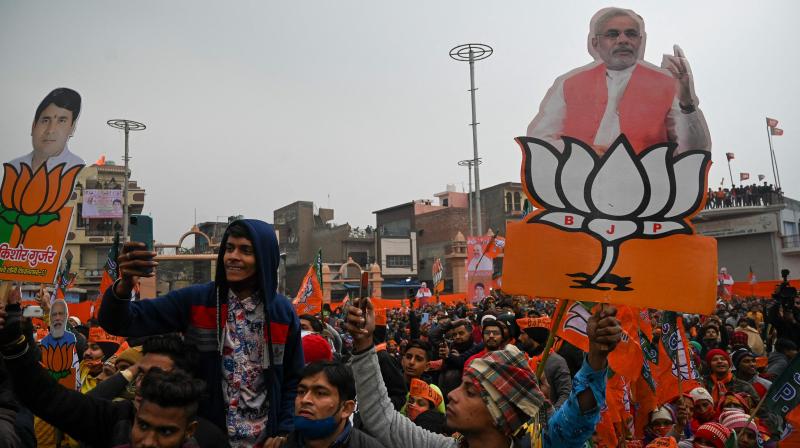 The commission has appointed Special Observers for the poll-bound states to oversee the holding of the free and fair elections. (AFP)

New Delhi: The Election Commission of India on Sunday granted relaxation for holding indoor and outdoor public meetings in the five poll-bound states while sticking with the ban on roadshows, rallies, processions, and 'padyatra'.

"Ban on roadshows, pad yatras, cycle/bike/vehicle rallies, and processions will remain as before. A maximum number of persons permissible for door-to-door campaigning fixed at 20 will also remain as before. Ban on campaign between 8 PM and 8 AM will also continue as before," it added.

The decision was taken after the Election Commission held a meeting with the Secretary, Ministry of Health and Family Welfare, on Saturday to assess the prevailing ground situation.

The Health Ministry informed the Commission that COVID-19 cases are fast receding in the country and the poll going states are contributing a very small proportion of the total reported cases in the country.

The commission has appointed Special Observers for the poll-bound states to oversee the holding of the free and fair elections.

"Many Special Observers have sent their reports and have stated that the COVID situation has improved substantially and positivity rate has come down significantly," the ECI said.

The Commission further said that the open ground rallies can be held only on the grounds specifically designated by the district authorities and subject to compliance with all the conditions of SDMA.

The Election Commission will review the situation periodically and take necessary decisions for amendment in its guidelines based on ground-level situation, added the statement.