Lata Mangeshkar's funeral to be held at 6:30 pm with full state honours 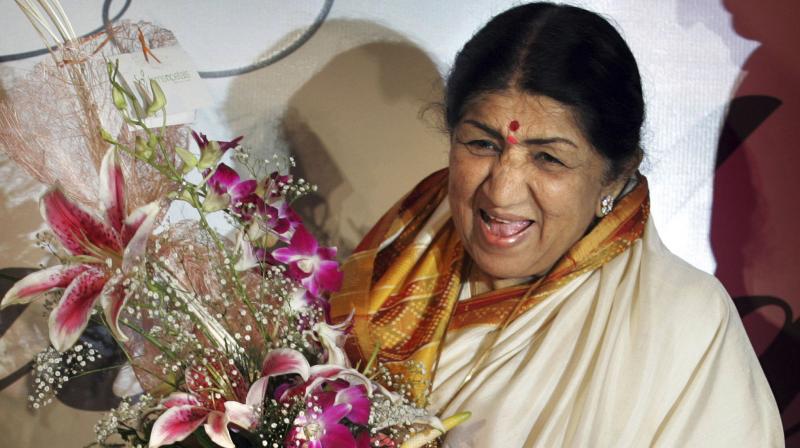 In this file photo, singer Lata Mangeshkar laughs at the launch of her hindi music album 'Saadgi' or Simplicity, on World Music Day, in Mumbai. (Photo: AP)

The veteran singer, who passed away earlier in the morning at the age of 92, will be cremated with full state honours, with a state funeral being accorded.

Meanwhile, the government said that a two-day national mourning will be observed in memory of the veteran singer. The National flag flying at half-mast for two days as a mark of respect.

The veteran singer had tested positive for coronavirus with mild symptoms and was admitted to the Intensive Care Unit (ICU) of the Breach Candy Hospital on January 8.

She was put on ventilator on Saturday after her health deteriorated in the Intensive Care Unit (ICU), and passed away ay 8:12 am on Sunday due to multi-organ failure, the doctors at the hospital said.

Hyderabad: Prime Minister Narendra Modi condoled the death of the veteran singer, and said that he will always remember the interactions with her.

"I am anguished beyond words. The kind and caring Lata Didi has left us. She leaves a void in our nation that cannot be filled. The coming generations will remember her as a stalwart of Indian culture, whose melodious voice had an unparalleled ability to mesmerise people," the prime minister tweeted. "My interactions with her will remain unforgettable. I grieve with my fellow Indians on the passing away of Lata Didi. Spoke to her family and expressed condolences. Om Shanti," he added.

The legendary singer, who had a career spanning over seven decades in the Indian music industry, and was fondly known as the 'Nightingale of India', has been a recipient of the Padma Bhushan, Padma Vibhushan, and the Bharat Ratna.