India   All India  06 Mar 2017  Ramjas asks students, teachers to give evidence on violence
India, All India

Ramjas asks students, teachers to give evidence on violence 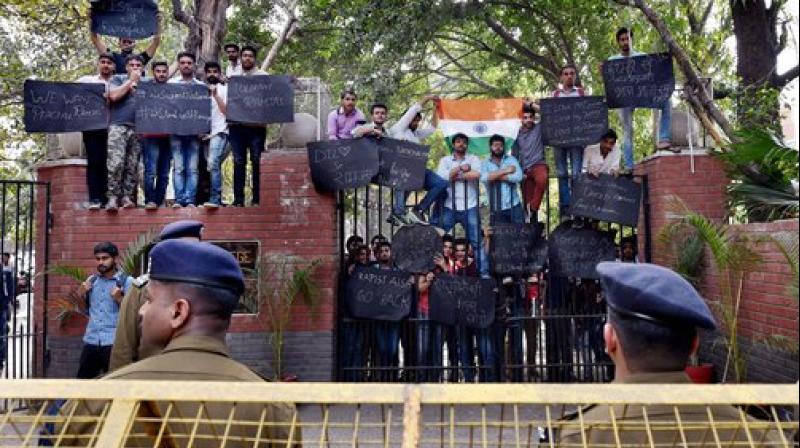 Student of Ramjas College during their protest march against ABVP at North Campus in New Delhi. (Photo: PTI/File)

New Delhi: Delhi University's Ramjas College has asked its students and teachers to “voluntarily” come forward to submit to the inquiry committee evidence on the recent campus violence.

The college, which witnessed widespread violence on February 22, had last week ordered an inquiry into alleged involvement of its students in the clashes over a seminar while resolving to stand by its teachers and students who had planned the event.

The genesis of the clash was an invite to JNU students Umar Khalid and Shehla Rashid to address a seminar on ‘Culture of Protests’ which was withdrawn by the college authorities following opposition by the ABVP.

“The investigation committee will submit its report in a time-bound manner. All those voluntarily willing to depose as witness or produce evidence in any form should submit it to the probe panel,” PC Tulsian, the acting principal, said.

Following ABVP protests, the college had withdrawn the invite to Khalid, who has been charged with sedition, and Rashid, who was the face of the movement demanding JNU students’ release in the sedition case registered last year.

Delhi University authorities had earlier said the proctor’s office was also looking into the issue.

The Union HRD ministry had also sought a report.