India   All India  06 Mar 2018  Collect passport details of all big borrowers within 45 days: FinMin to banks
India, All India

Collect passport details of all big borrowers within 45 days: FinMin to banks

Passport details will help banks to take timely action and inform the relevant authorities to prevent fraudsters from fleeing the country. 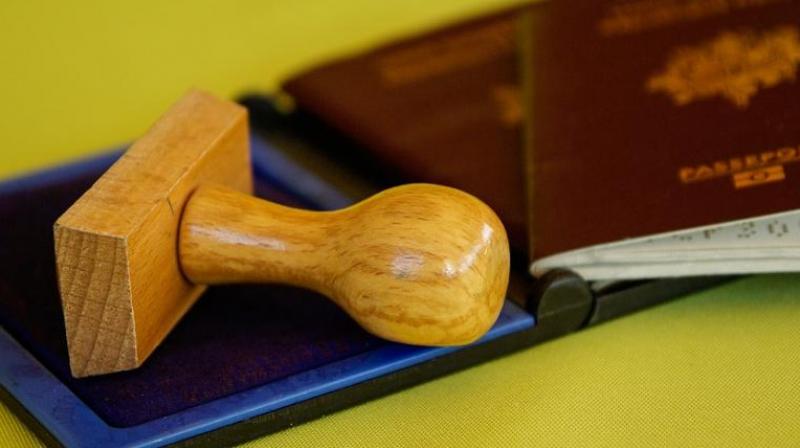 In absence of passport details, banks were hamstrung in taking timely action to prevent defaulters especially willful one from fleeing the country. (Photo: Representational/Pixabay)

New Delhi: The Finance Ministry has directed state-owned banks to obtain passport details of all borrowers, who have taken loans in excess of Rs 50 crore, within 45 days with a view to preventing alleged fraudsters like Nirav Modi and Vijay Mallya from fleeing the country, sources said.

In case the borrower does not have a passport, the bank should obtain a certificate in the form of declaration that the person does not have the passport, sources said quoting the Finance Ministry's advisory to banks.

It further said that the loan application form should be suitably modified to incorporate passport details of borrowers.

Passport details will help banks to take timely action and inform the relevant authorities to prevent fraudsters from fleeing the country, sources said.

In absence of passport details, banks were hamstrung in taking timely action to prevent defaulters especially willful one from fleeing the country.

Several big defaulters like Nirav Modi, Mehul Choksi, Vijay Mallya and Jatin Mehta have fled the country putting recovery mechanism in quandary.
Last week, the Cabinet approved the Fugitive Economic Offenders Bill, though it was announced in the Budget for 2017-18, has been hastened after Nirav Modi and his uncle Mehul Choksi allegedly defrauded state-owned Punjab National Bank (PNB) of Rs 12,700 crore and left the country and are refusing to cooperate with law enforcement agencies.
The Bill provides for confiscating all assets of absconding fraudsters and loan defaulters to recover dues in a bid to tighten noose around fugitives like diamond merchant Nirav Modi and Vijay Mallya.
The Union Cabinet chaired by Prime Minister Narendra Modi also approved setting up of a National Financial Reporting Authority (NFRA) as an independent regulator for the auditors.
The proposed fugitive law aims to impound and sell assets of Nirav Modi-type escapees with a view to quickly recover dues. It also will apply to defaulters who have an outstanding of Rs 100 crore or more and have escaped from the country.
As part of drive to clean the banking system, the Finance Ministry last week had directed public sector banks (PSBs) to probe all NPA accounts of over Rs 50 crore for possible fraud and accordingly report the cases to CBI.

"PSB MDs directed to detect bank frauds & consequential wilful default in time & refer cases to CBI. To examine all NPA accounts > Rs 50Cr for possible fraud," Financial Services Secretary had said in the tweet.
Besides, the ministry had asked banks to monitor loans above Rs 250 crore and red flags whenever the original covenants of the loans are violated. This was spelt out as part of 6-point-reform measures announced for PSBs in January.