India   All India  06 Mar 2018  India’s plans for a base in Seychelles on despite protest
India, All India

India’s plans for a base in Seychelles on despite protest

Assomption is 40 km to the southwest from the Aldabra atoll, which is located 1,150 km southwest of Mahe, the capital of the Seychelles. 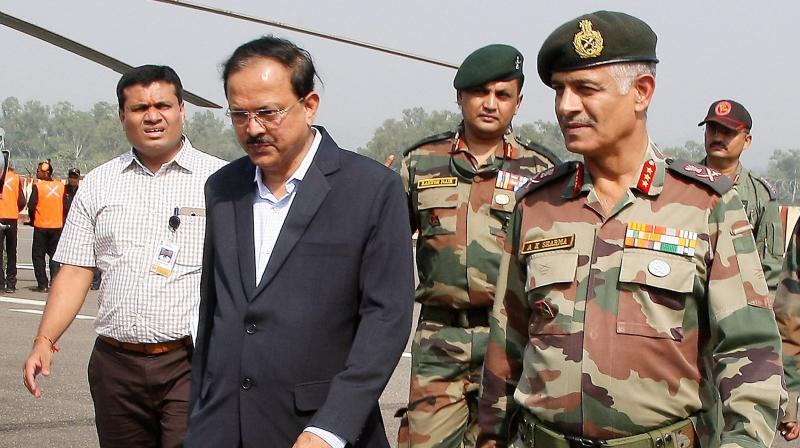 New Delhi: The 12 sq km Assomption Island in the outer Seychelles region in the Indian Ocean has become the focal point of a number of Seychellois protesters who are opposing the setting up of an Indian military base on environmental grounds.

Reacting to these protests, a top official in India’s security and military establishment said on condition of anonymity: “We have been noting the protests. We are looking at them. But we talk to governments.”

Implicit in the official’s response is that despite the protests, since the Assomption Island agreement is between two governments, the development of the island as a military site will continue. While the January 27 agreement between Barry Faure, Seychelles secretary of state for foreign affairs, and S. Jaishankar, India’s then foreign secretary, makes it clear that the Indian military will be on Assomption only at the Seychelles’ request, such a “facility” will offer strategic advantage to India’s growing ambition, specially in the backdrop of growing Chinese interest in the region as well as ability to combat sea piracy in one of the world’s busiest shipping lanes.

Minister of state for defence Subhash Bhamre said in a written reply in Parliament Monday: “Government is aware of China’s stated objective of becoming a ‘maritime power’. As part of this strategy, China is developing ports and other infrastructure facilities in the littoral countries in the Indian Ocean region, including in the vicinity of India’s maritime boundary”.

Assomption is just 40 km to the southwest from the Aldabra atoll, which is located 1,150 km southwest of Mahe, the capital of the Seychelles.

The protests are being led by the “Save the Aldabra Island Group” (SAIG), where the former Seychelles tourism minister, Alain St. Ange, is a key figure.

A pristine group of four large coral islands, the Aldabra group is a difficult location to access and because of its isolation has been unspoilt by human activities and is considered to be an important natural habitat to study evolutionary and ecological processes.

The Indo-Seychelles pact now has to be ratified by India’s Union Cabinet and by Seychelles’ cabinet of ministers as well as by the National Assembly. On ratification, the pact will be valid for 20 years.

“The facilities (on the island) will comprise aviation, maritime, communication and surveillance and miscellaneous infrastructure and facilities”, says clause 3.1 of the pact.

While India will build, maintain, and operate the base, its ownership rights will vest with the Seychelles. India will also at its own cost train the Seychellois military personnel and also conduct joint military exercises.

Interestingly, clause 3.6.10 of the January 27 agreement permits use of the “facilities” by “military, quasi-military or government ships and aircraft of third countries... as per procedures” that India and the Seychelles will agree upon.

While India will appoint a Navy officer to oversee the operations and maintenance of the base, the Indian personnel deployed there will wear Indian armed forces uniforms and carry their personal weapons.

The pact, besides prohibiting any nuclear weapons on the vessels, aircraft or other platforms, also says the facilities will not be used “in any way whatsoever for the purposes of war” or for the storing of weapons, arms and ammunition.