The oath was administered by Meghalaya Governor Ganga Prasad. 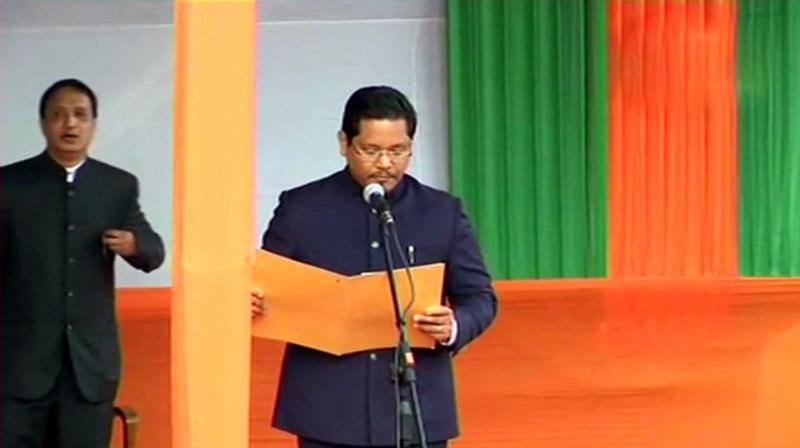 The oath was administered by Meghalaya Governor Ganga Prasad.

40-year-old Conard Sangma will be heading a five-party coalition, including the Bharatiya Janata Party (BJP), in the northeastern state.